Prianka and Azam’s technicolor Hindu/Muslim fusion wedding was so exquisite that we don’t know what to begin raving about first! We’ll start with sharing some details about this couple who are as beautiful inside as they are out. Prianka and Azam met in medical school and soon realized they were meant to be. Throughout their blissful courtship, there was only one potential hiccup: One was raised by a Muslim family and the other by a Hindu family. Thankfully, the twosome were both raised by enormously loving and open minded families, and soon their nearest and dearest blended together in a beautiful union. So inspiring! The wedding extravaganza kicked off with a mehndi ceremony that dreams are made of. The design masters at Amer Design Studio adorned the ballroom in a riot of colors to create some of the most magnificent mehndi decor we've seen to date. Next up with the Nikkah ceremony, in which Prianka resembled a Bollywood starlet in glam hair, makeup, and styling by Gayatri Kalia. We’re obsessing over her sweeping pink and navy lehenga that featured a regal train. At Maharani Weddings, we’re seeing an increasing number of South Asian brides in trains and we’re such fans of this. It adds such a dramatic touch to the proceedings! The ceremonies continued with a South Indian pooja under a luxurious, yellow mandap. We couldn’t stop smiling as the loving duo giggled and doused each other with grains of rice! Hurry over to the full gallery by Jake Poehls for oodles of wedding inspiration. With photos this glorious, we simply can’t wait to see the wedding film by Aria Fine Art Films to witness even more of Prianka and Azam’s wedding magic. And make sure to scroll below for all the inside scoop from Prianka herself! 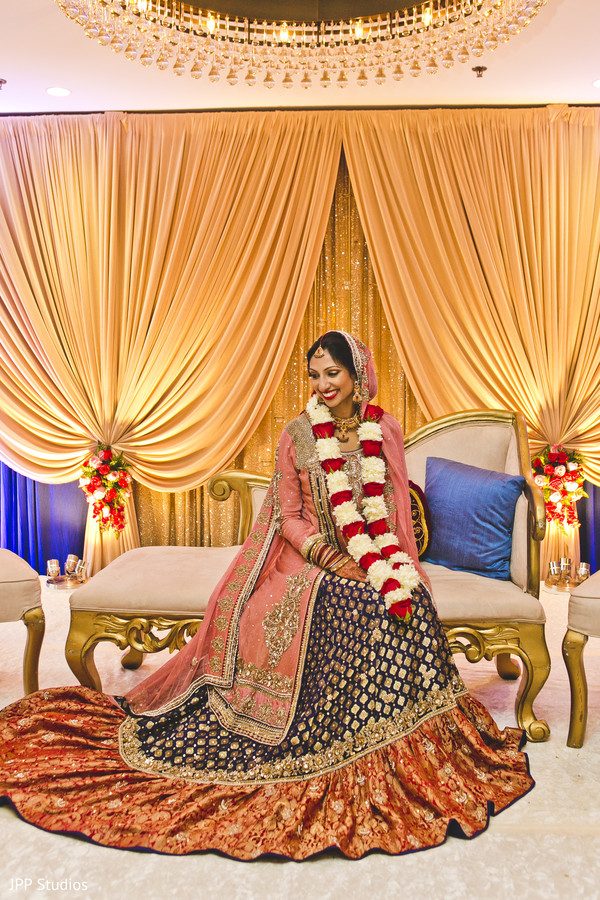 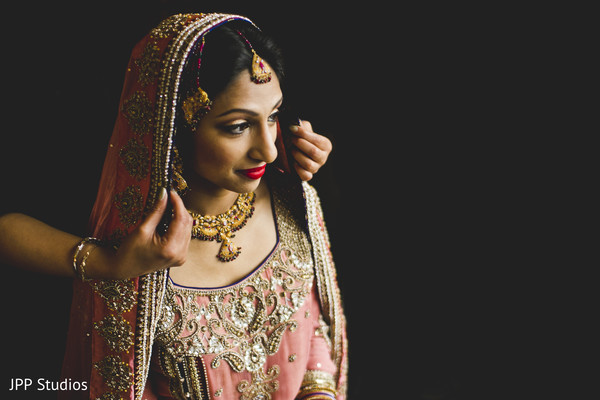 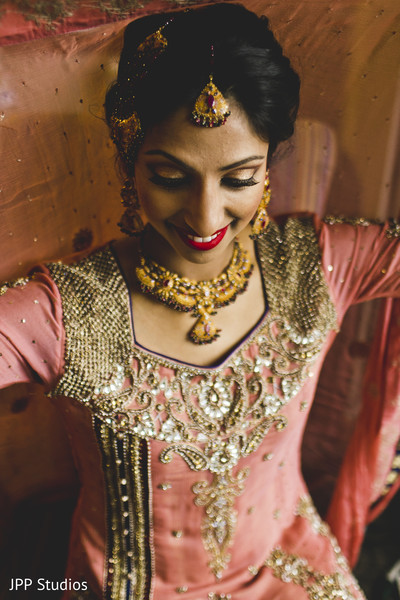 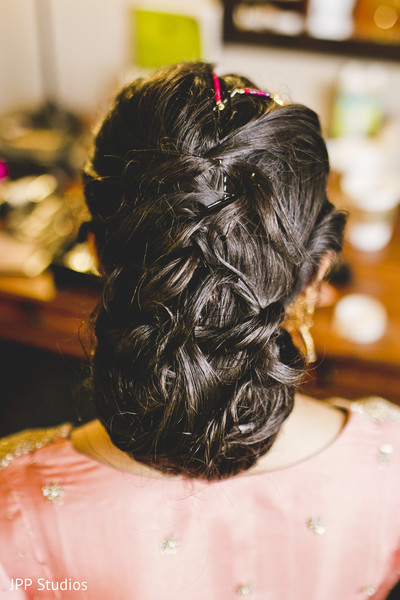 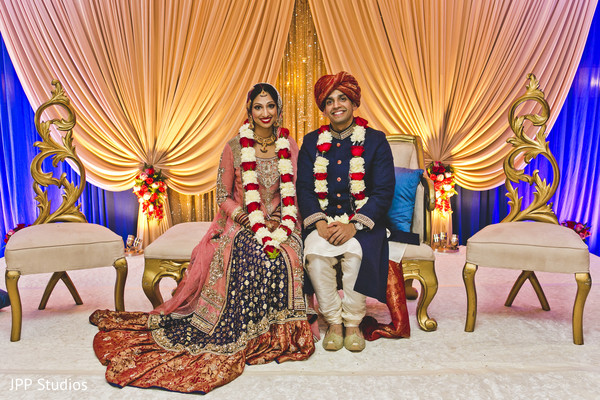 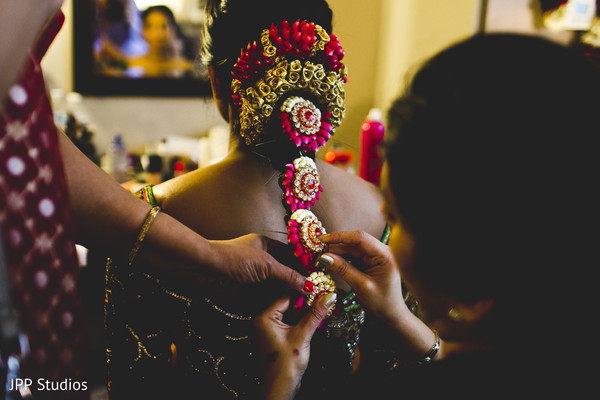 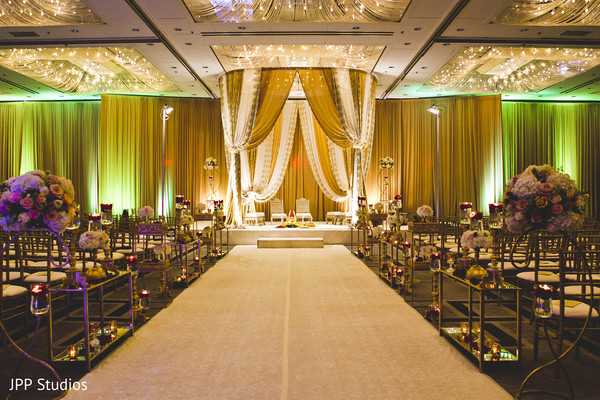 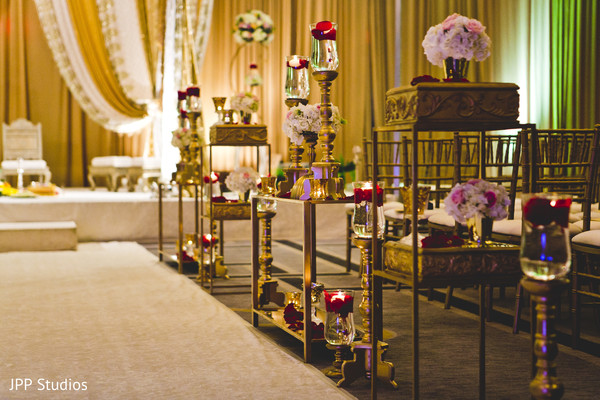 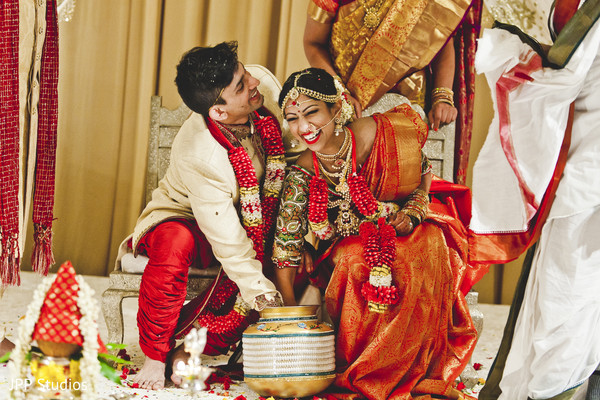 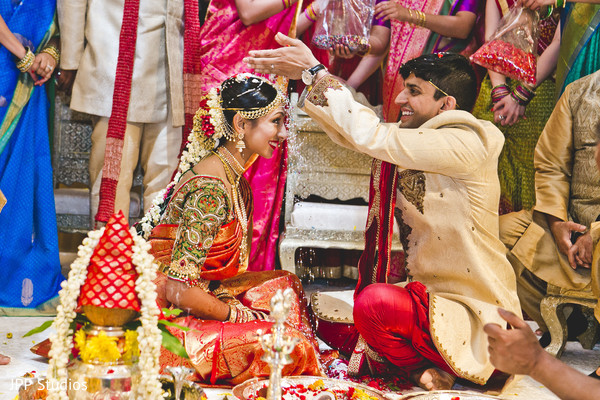 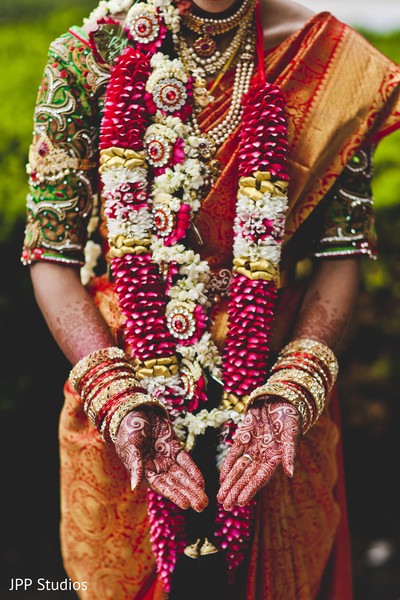 Azam and I met the first week of medical school. We were friends almost instantly. We grew into study partners, each other’s support system, and eventually bloomed into best friends. We saw a part of ourselves in each other coupled with parts of the person we each wanted to be. When someone like that walks into your life, you don’t just let them leave.

Even though the picture I’ve painted may sound perfect, there was one potential wrinkle in our future. One of us was raised by a Muslim family and the other by a Hindu family. To a bulk of society, this is where the dramatic music would start to play.

However, people are often a product of their environment and Azam and I are proud to say we truly are. We were both instilled with the fundamental components of our different religions and cultures coupled with a deep respect for alternate beliefs and lifestyles. Our families implanted this perspective and our peers further cultivated it.

When we approached our families about our desire to tie our lives together, our parents rightfully had their concerns. That being said, it’s also not surprising that the people that raised Azam and myself were also, in their own way, so similar to each other. Just as a bond formed between myself and him, our families melted together naturally. A wedding to firm that bond was inevitable.

While many may find the thought of a joint wedding of this nature impossible, our families found a way to highlight our similarities while also respecting and celebrating our differences. We blended together the key components of each family’s traditions and had an amazing time celebrating the union of two incredible and supportive families.

Description of the Weekend:

Our wedding events included a mehndi evening, a nikkah ceremony, a South Indian ceremony, a formal reception, and a family brunch/Walima.

The mehndi event was a blend of bright colors, Moroccan highlights and nonstop music. The Nikkah ceremony décor included a softly draped backdrop with hints of color to match the bride and groom’s attire. The South Indian ceremony displayed a lightly draped gold mandap with candles and floral arrangements embellishing the aisle. The reception was set to a theme of “All of the Lights” which resulted in a room flooded with candles decking the entire room and chandeliers suspended on the stage.

Thank you so much for sharing Prianka. What a heartwarming love story! Maharanis, hurry back for more on this sensational event!