We are back dolls! The wedding celebration of Chandni and Jay is underway! The highly-talented Peter Nguyen Photography shows us the romantic outdoor ceremony through the amazing captures that are about to fill your screen with dazzling ideas! The union was planned by the bride's father (yes! you read correctly!) her father, himself worked seamlessly as a true expert and ensured that the event came off as desired. The exclusive Sheraton Park Hotel at The Anaheim Resort was the venue of choice to hold the sacred union that was decked with a romantic style by the creatives from Kumba Events. A large aisle decorated with sweet floral pompons and petals that led to a dreamy pink floral mandap completed the wedding vision besides the striking outfits that our bride and groom picked for their big day. Raja Jay was absolutely dapper in off white and added some color to the trousseau with a deep red scarf. Saree draping specialist, Bridal By Nisha, draped and tied the red and gold lehenga set for our bride Chandni while the sought-after artist, Dolled up by Lulu, came up with an alluring makeup look to complete her wedding ceremony style! For more ceremony details, visit the full gallery! 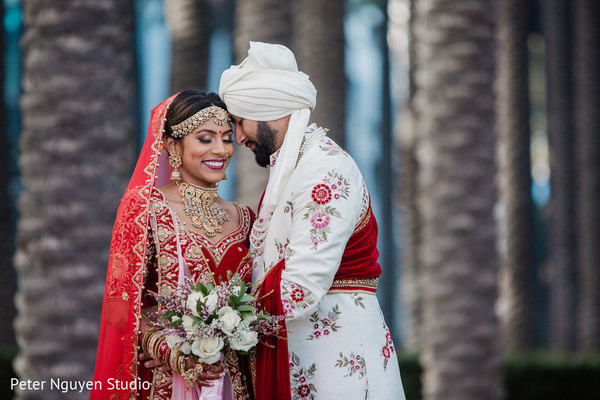 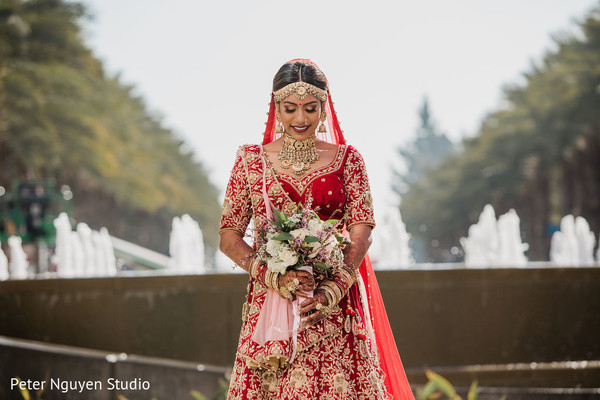 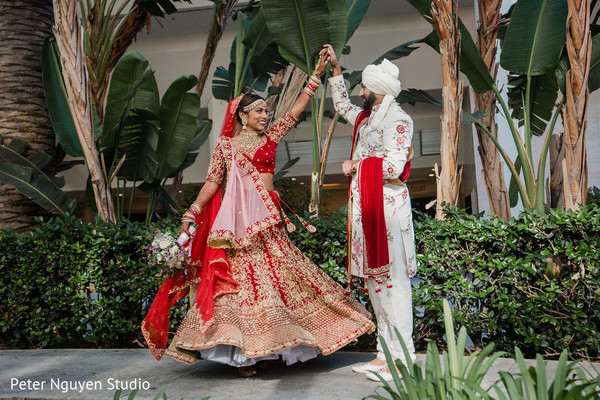 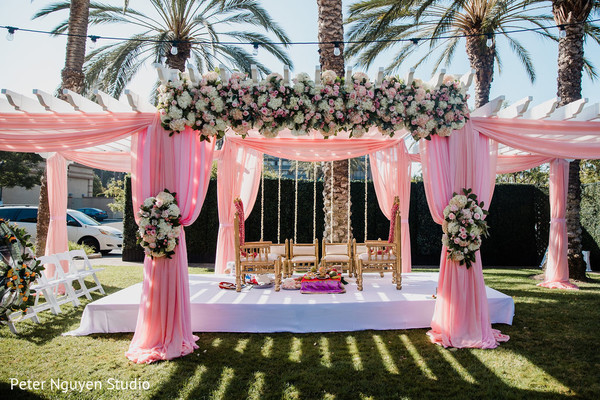 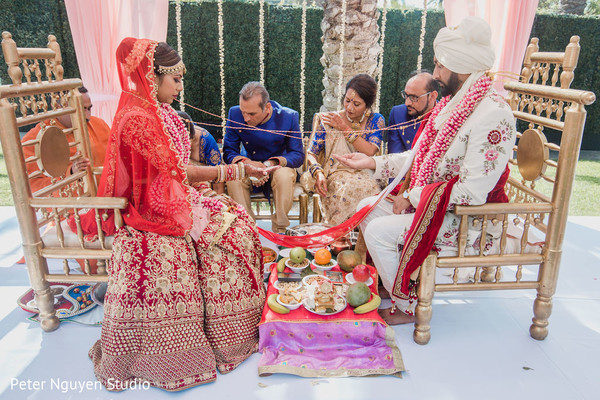 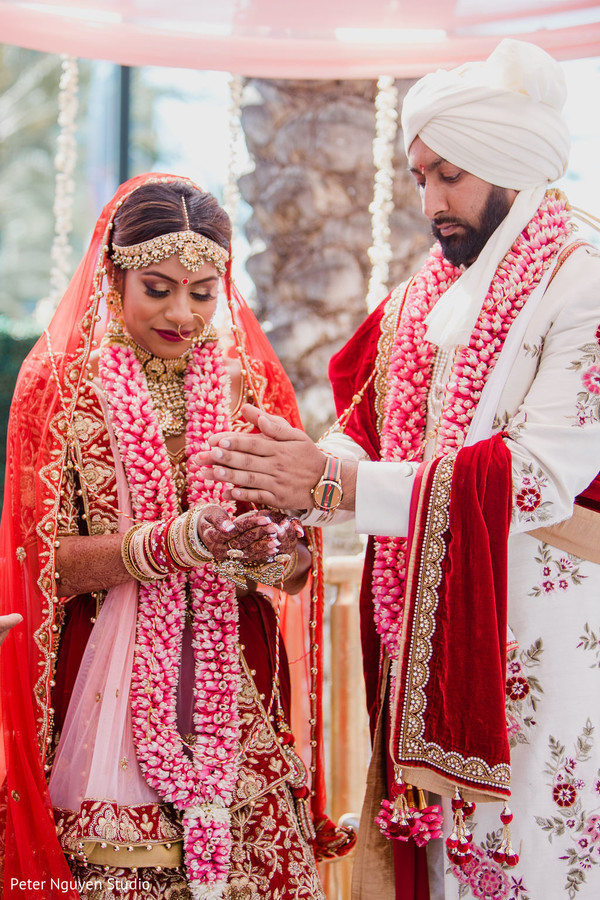 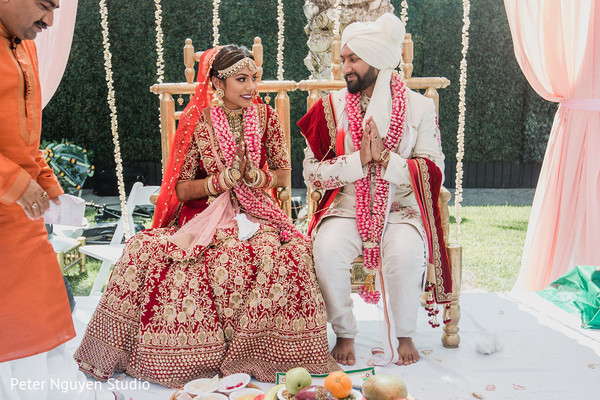 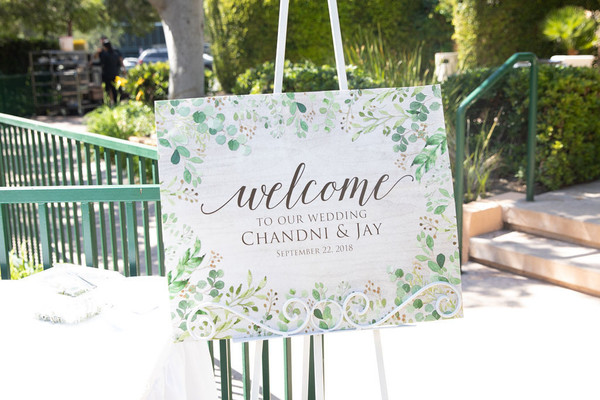 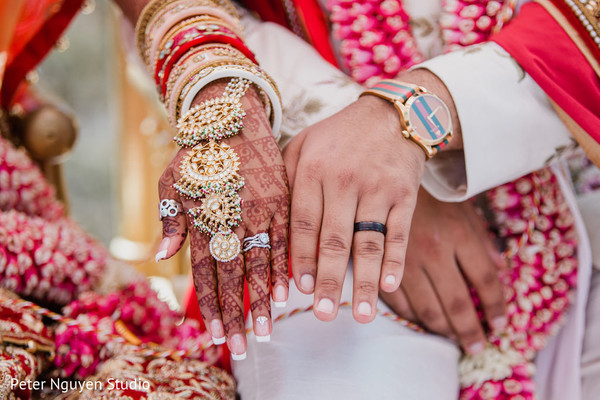 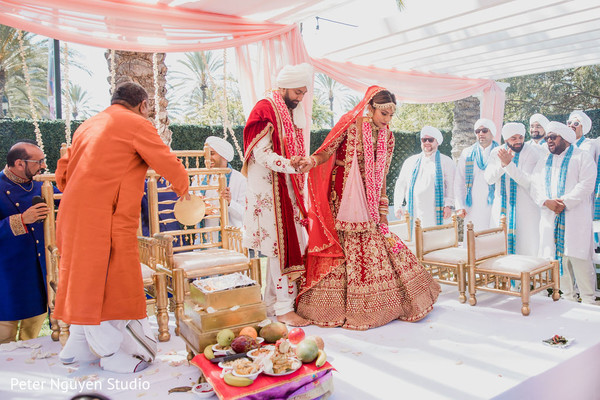 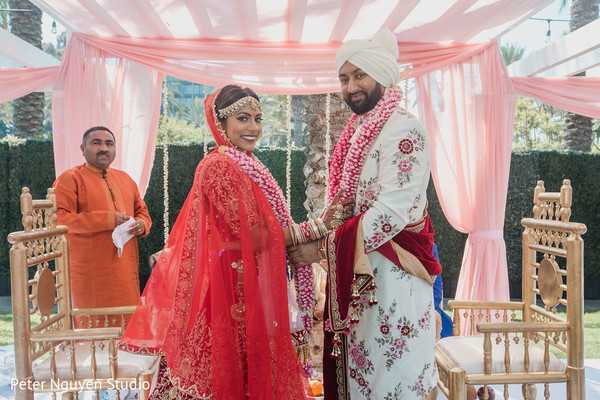 Check back with me soon to watch together the blissful bash, Maharanis!