Hey there Maharanis! I'm super excited because the great Peter Nguyen Studio takes us through the beautiful wedding journey of Chandni and Jay as part of today's editorial feature! After a special and intimate Mehndi event, a vivid Garba night was the point of departure for these lovebirds who created a magnificent "Indian Village" theme for the occasion! Kumba Events was the creative mind behind the colorful umbrellas, the rickshaw ride, the lovely swing and the charming food stalls that gave the real feeling of being on the streets of India! Besides the traditional props, the Dandiya Raas dance was a huge success thanks to the lovely custom-made Dandiya sticks that had the name of the happy couple on them! Jayshree Gohil and Girish Gohil animated the celebrations with their fantastic live music while their families also contributed by performing wonderful dances. Chandni and Jay both had bright stylish ensembles! Chandi looked fabulous in her tri color outfit and her side braid hairstyle by the talented Dolled up by Lulu livened up the entire look! We'got more in our files so visit the full gallery for more awesome details on this event! 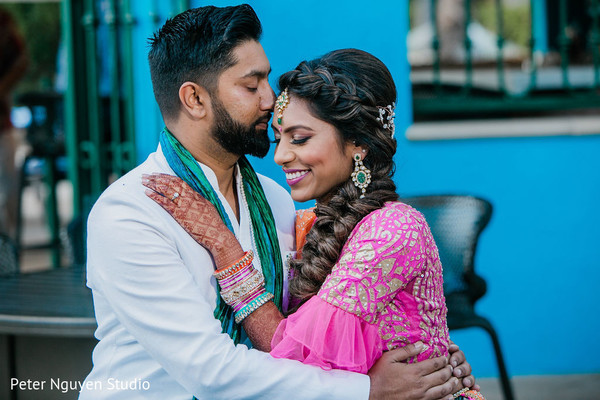 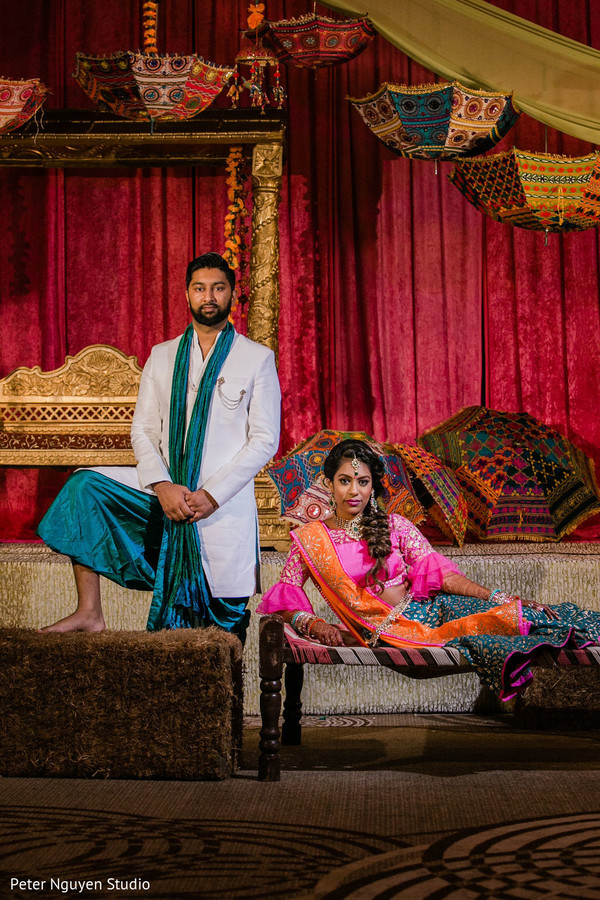 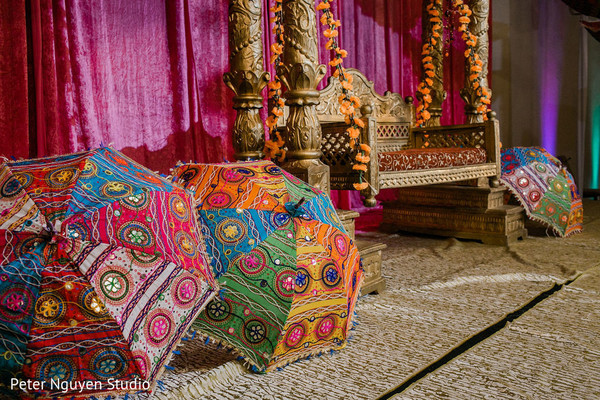 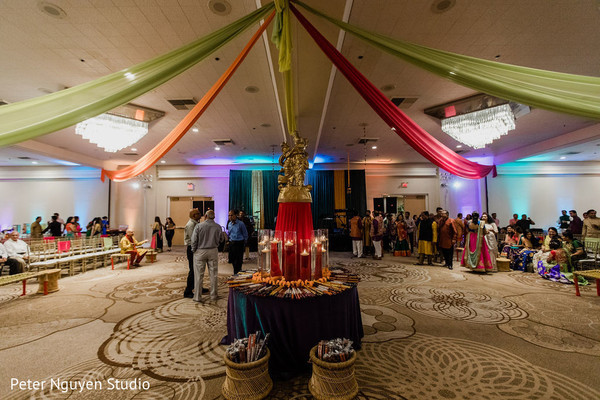 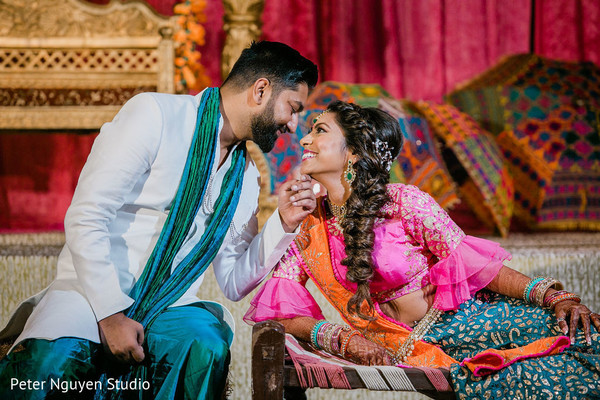 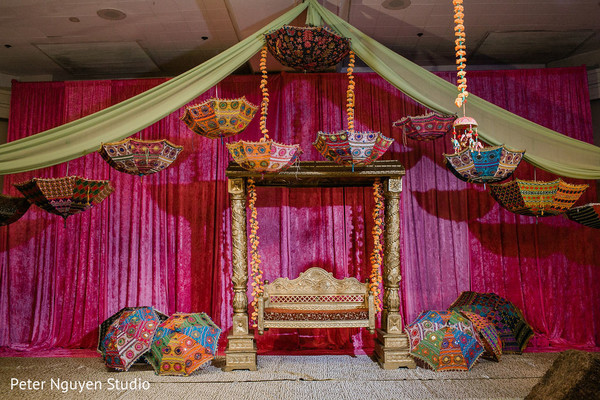 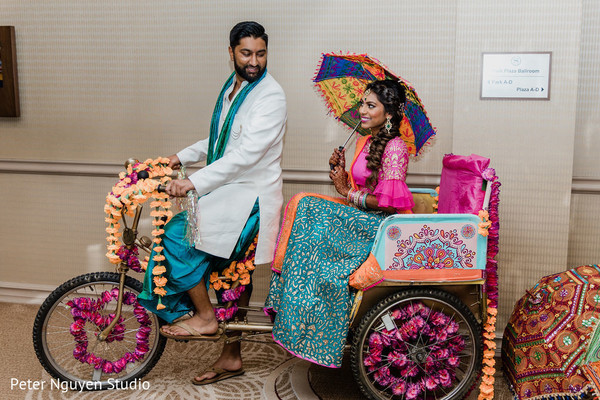 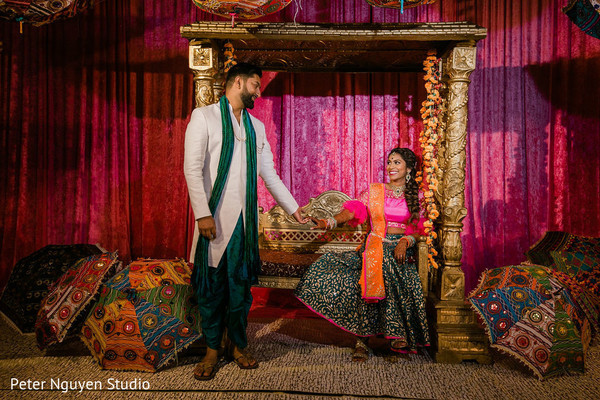 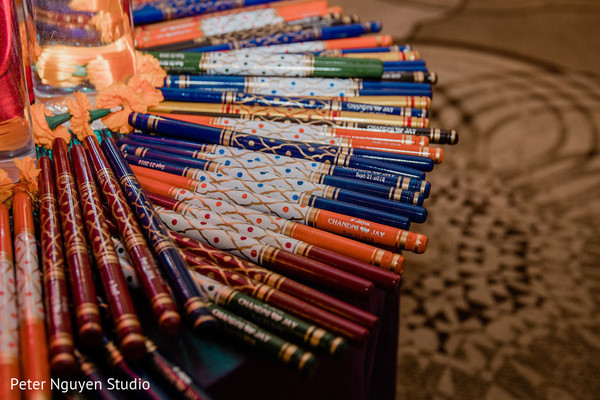 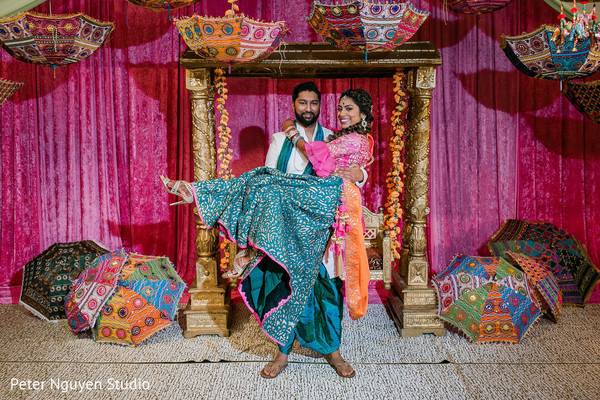 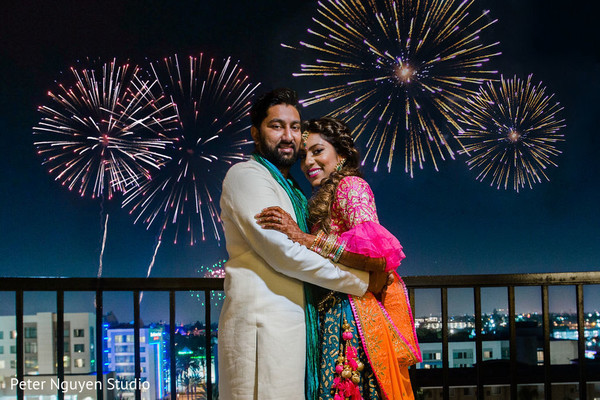