Our cute couple, Amanda and Hemal cozying up for an inspiring pre-wedding reception shoot by A.S. Nagpal Photography! The camera genius captured the newlyweds in an intimate moment where they closed their own love padlock as a symbol of love and as a memory to treasure for a lifetime! They celebrated in style! From our bride's intricate mehndi by Mehndikalogie to her gleaming outfit and the groom's sharp look, they both look incredibly good! The celebration took place at the elegant Renaissance Event Hall where the bold and colorful hues reigned to make the environment even more festive, can you believe our Maharani Amanda did it all herself? Baked NYC created a mouth-watering cake bar that indulged everyone present with different cake flavors, in the bride's own words: "I wanted to do the cake bar idea so that we could have a bunch of different flavors and people could have something to choose from." The upbeat soundtrack from DJ Azad was also a party-goer pleaser and Jackson Diner gave the final traditional touch to the wedding menu! Here's for a bright future together! See how these two celebrate their fusion wedding journey, go and check out every image in the gallery! 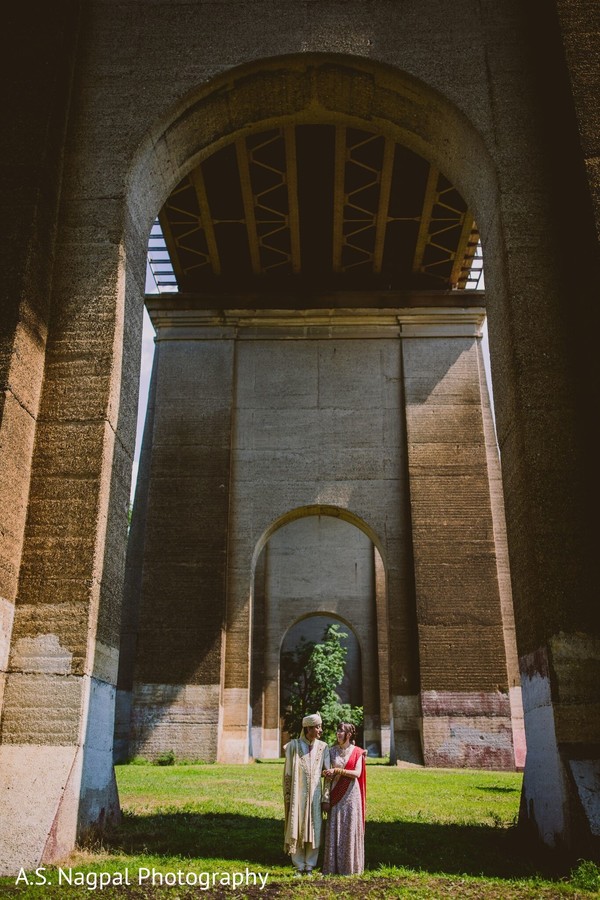 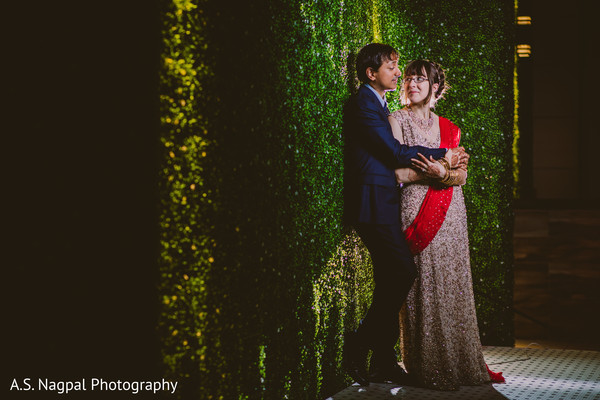 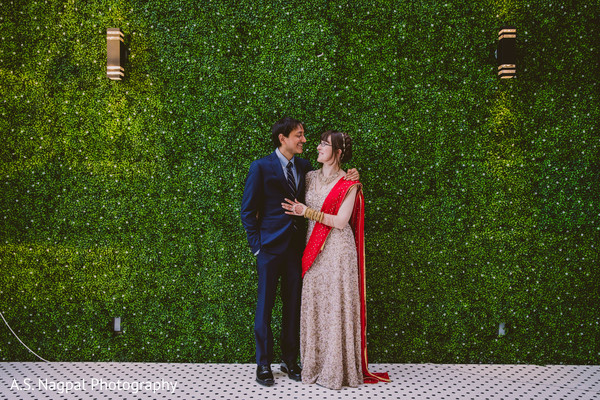 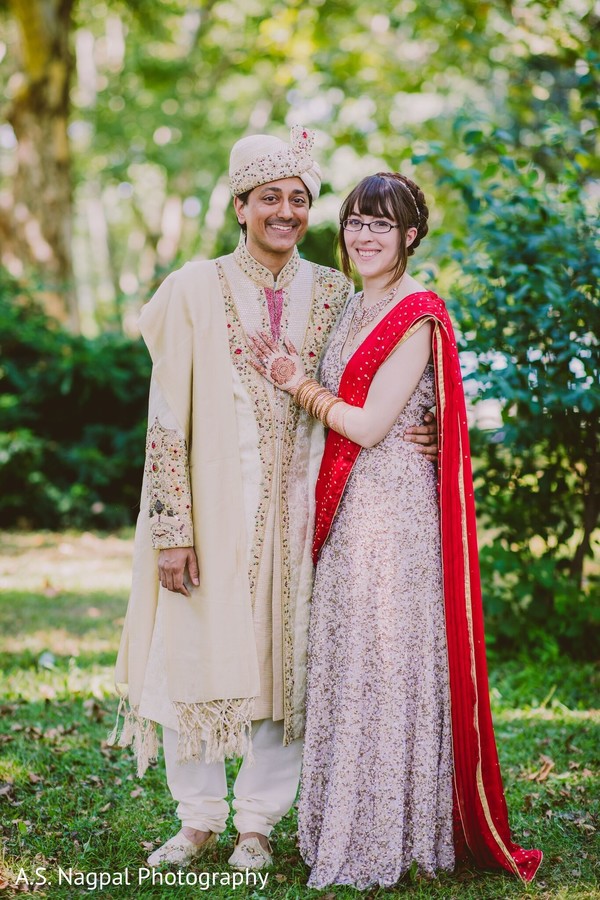 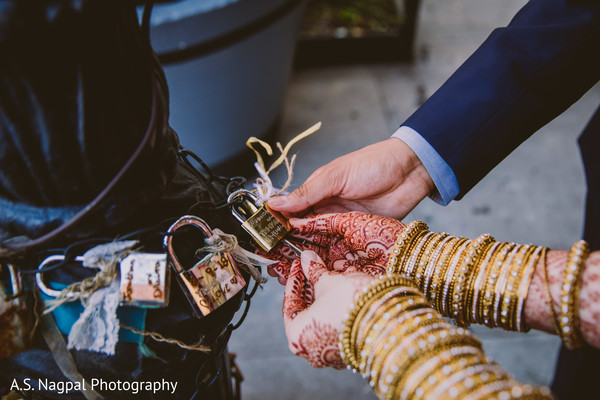 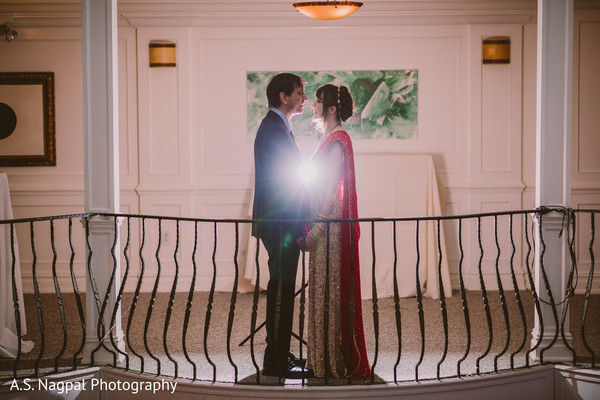 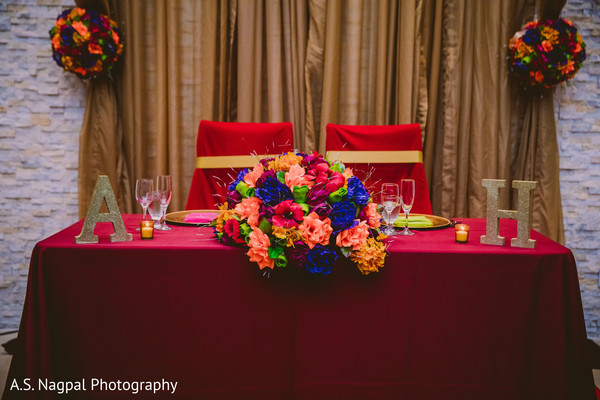 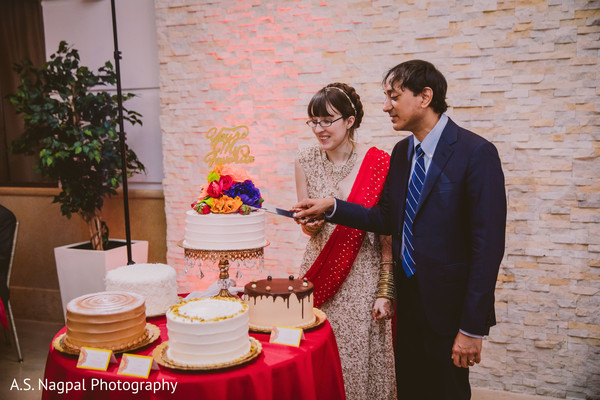 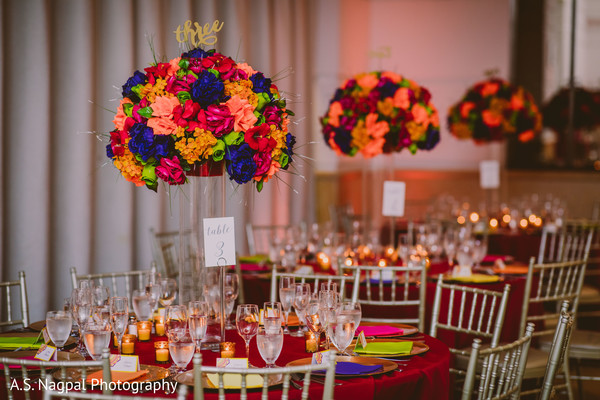 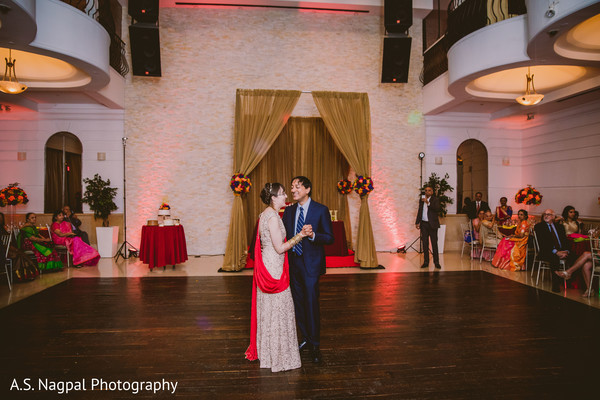 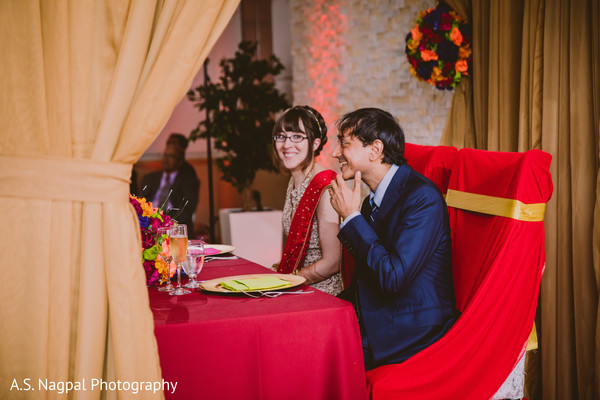 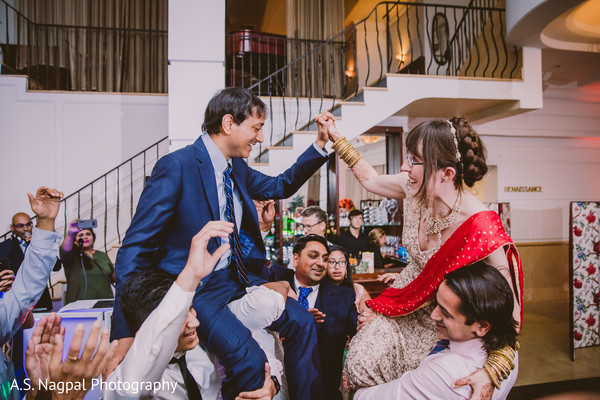