Hello sweethearts! Today we unveil the beautiful fusion nuptials between the lovely Amanda and Hemal, courtesy of A.S. Nagpal Photography who was there in the front row to capture this lovely pair's most important day! The couple went for a unique fusion wedding day that gathered two ceremonies in one at the exclusive Renaissance Event Hall. The wedding spree began with a lively Baraat where Dhol expert, Neil Desai, announced the groom's arrival and continued with a non-denominational ceremony that paid homage to the bride's western culture and was immediately followed by a charming Indian ceremony to honor Hemal's heritage.  Bravo! To this smart bride for planning and decorating herself the exceptional event that displayed a fun bold color palette of flowers and sweet deets! She got some extra help from Drape Kings to arrange the golden drapery that created the beautiful wedding mandap to harbor the union! Our brilliant bride, Amanda also created her own wedding hair and makeup day-look, she picked a sequin gown that matched her fusion wedding theme and hired the sought-after mehndi artist Mehndikalogie to beautify her hands! Delight yourself with more deets of Amanda and Hemal's marriage! See you in the gallery! 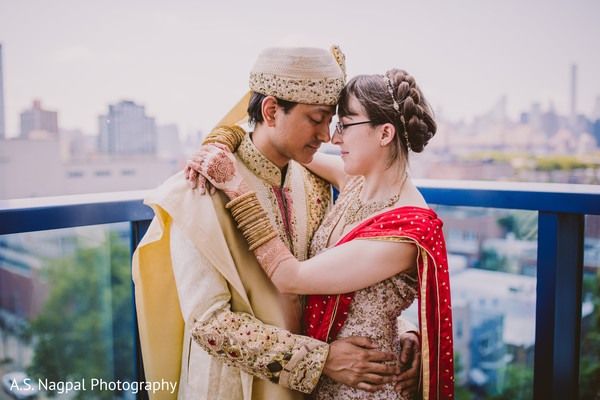 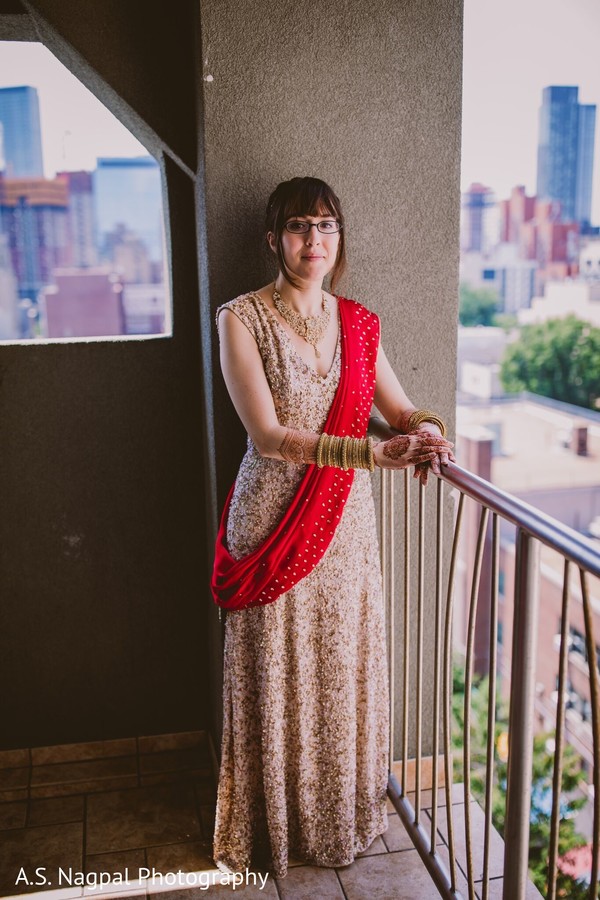 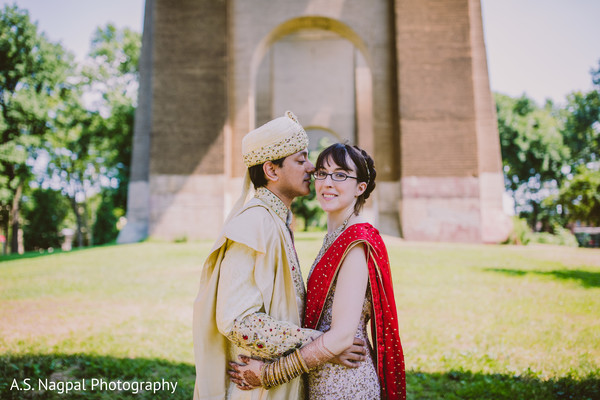 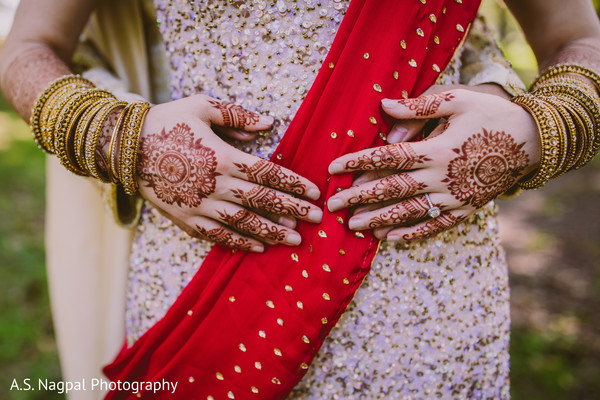 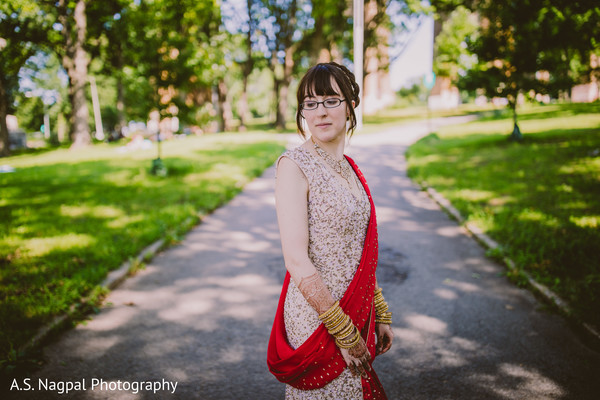 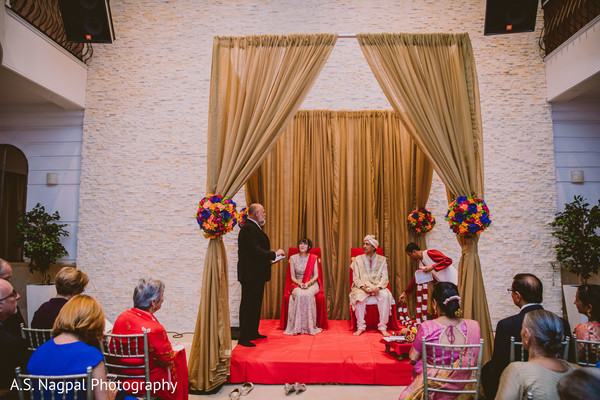 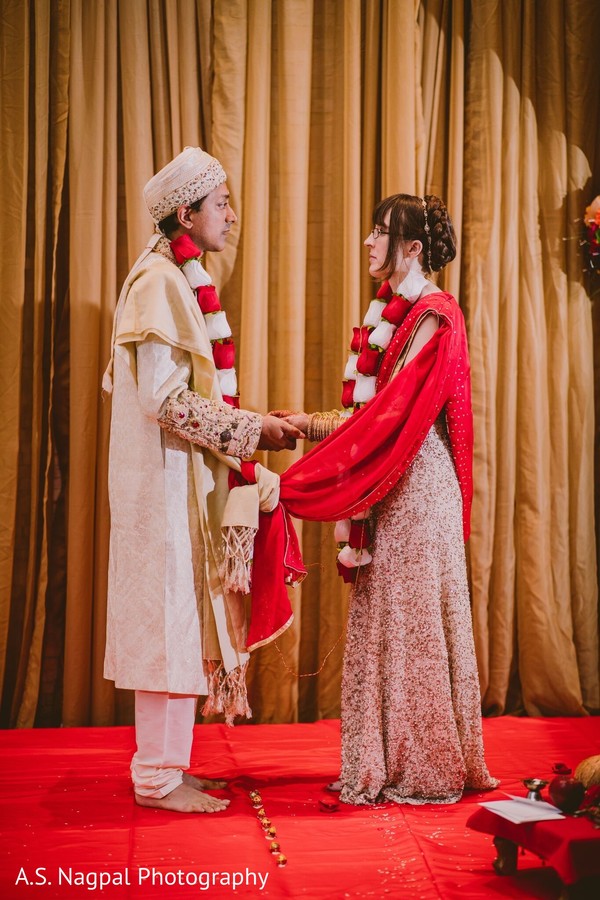 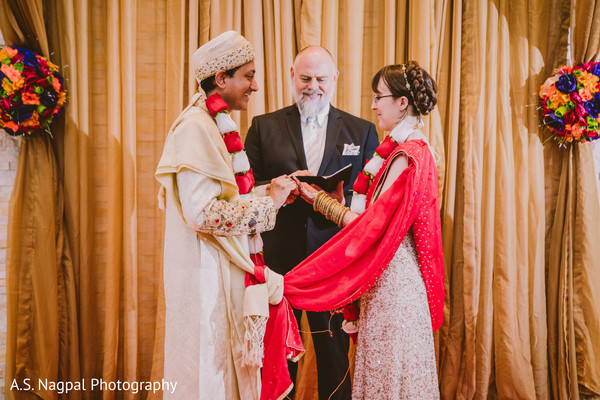 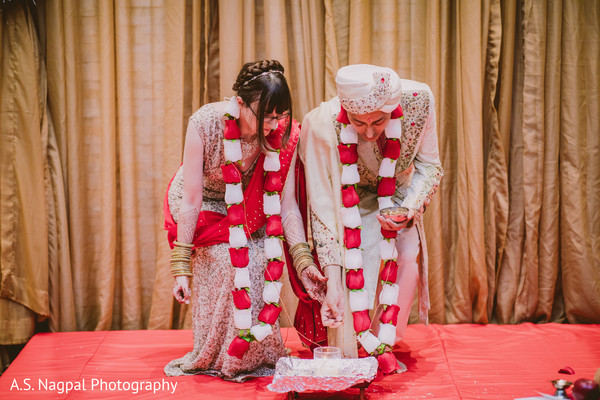 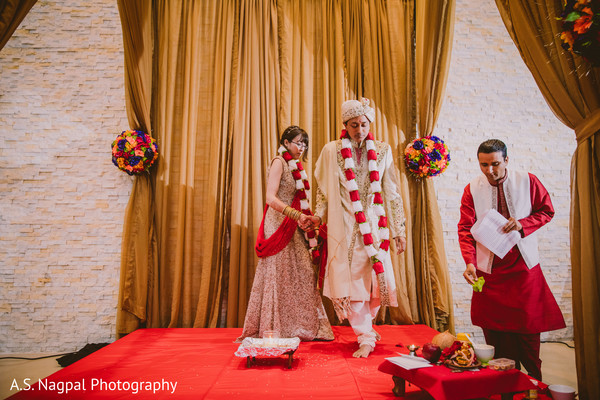 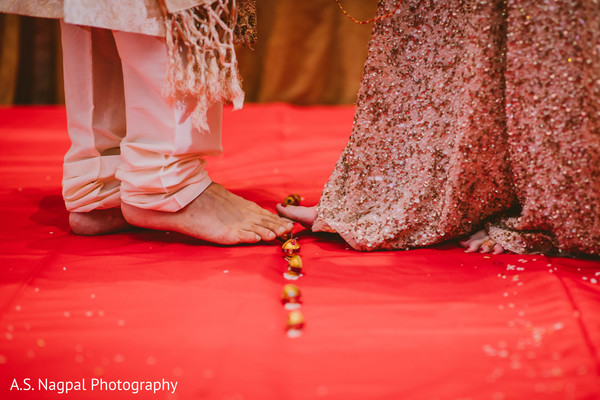 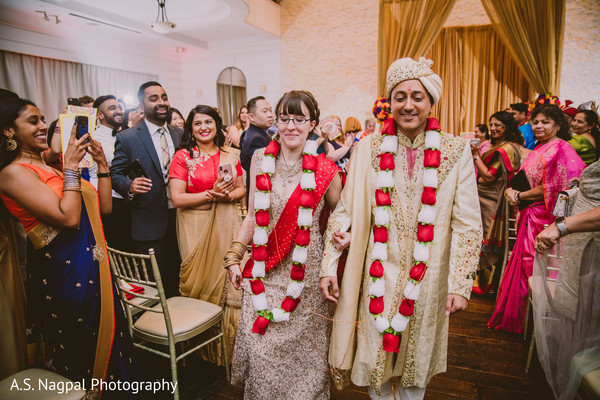