Today’s lovebirds announced their engagement to the world with blissful festivities that marked the start of their big Indian wedding affair! Erica and Hersh first hosted a lovely mehndi party, where our newly engaged bride got her intricate henna design done, surrounded by her large bridal party. Decor One added a whimsical touch to the mehndi ceremony creating a wonderful red blue and cream backdrop for the meaningful ritual. After attending their first big night, Bella Lumi captured the couple’s striking a pose in a heartfelt outdoor photo shoot that was the perfect prelude to a night full of merriment and emotions. The bridal fashion for our bride-to-be consisted in a glittery embroidered lehenga she paired with an impressive jewelry set that completely matched her stunning Tiffany & Co. engagement diamond ring! Go ahead and take a closer look at how the sparks flew between these two in our full gallery! 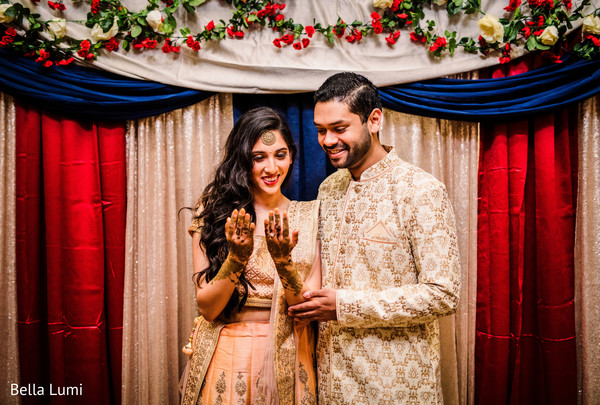 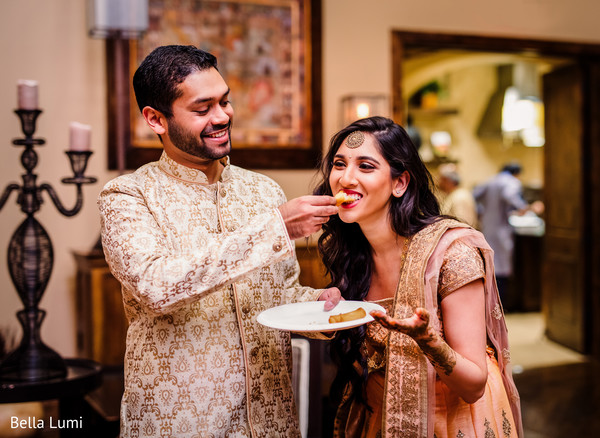 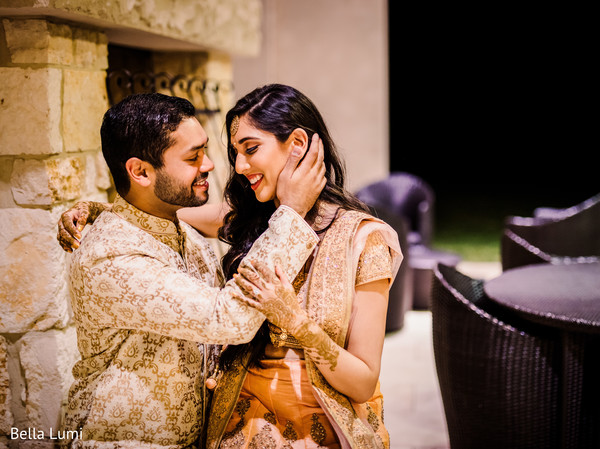 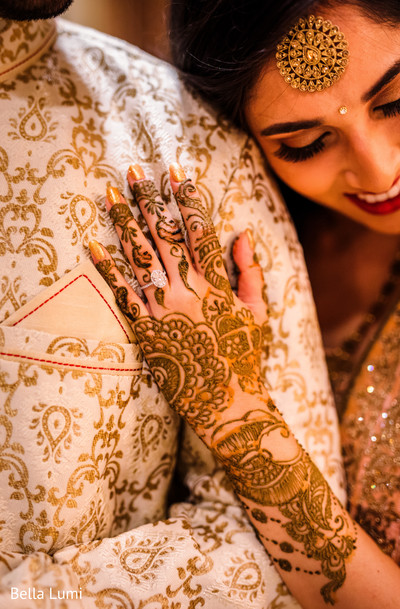 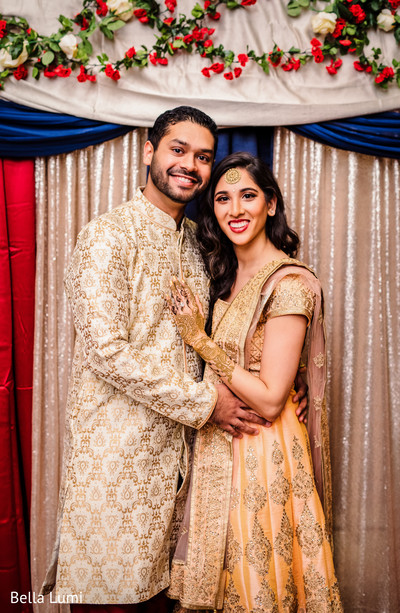 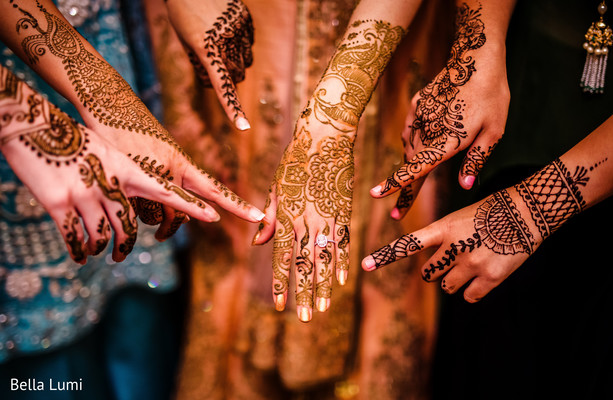 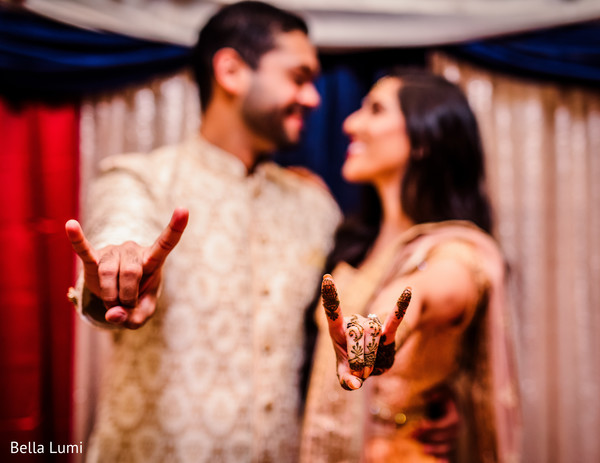 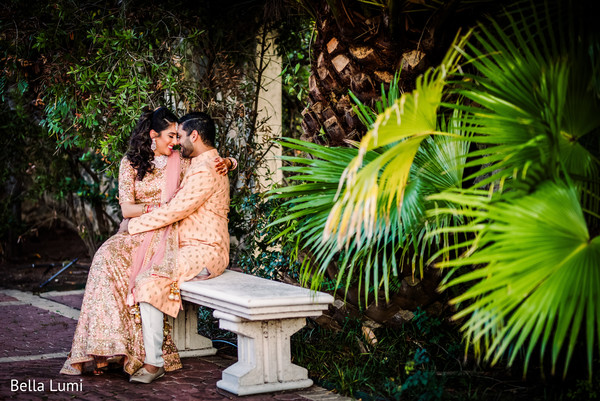 
The perfect intro to their dreamy wedding voyage is around the corner! See the romantic engagement party next!