Good morning Maharanis! Today, we'll travel to Austin, Texas to relive the wedding weekend of the lovely Nikita and Rohan, captured by Joey T Photography. This vivacious couple share a Marathi background which they paid homage to during their special day. Wedding events took place at Hyatt Regency Lost Pines Resort & Spa, and the couple was in good hands with their wedding planners at K.I. Weddings, since they are known to execute perfectly seamless events. Maharani Nikita and her mother bonded during a wedding shopping trip in India, and we love the ensembles they decided on! It was important to Nikita to choose a mustard, silk sari that is custom for Mahrati brides, and she was radiant in her traditional look! Her makeup by The Infinite Perfection and mehndi by Nisha was camera perfect, and her hair, also by The Infinite Perfection, was a gravity-defying, half up-bouffant that looked incredible under her Mahrati headpiece. Raja Rohan was also blown away by Nikita's elegance during their first look, and both teared up when they caught a glimpse of another. The couple met in college at 19 and after many years together, were so happy to start their journey together as husband and wife. Prashe Decor, a gold standard in the world of wedding decor, made Nikita's visions of a pink and coral fairytale ceremony come to life with their artistic floral and decor, and Epique Cinema captured the magical moments in their video footage. Join us later today to discuss the newlyweds' glamorous reception, and if you'd like to see the full gallery. Click below! 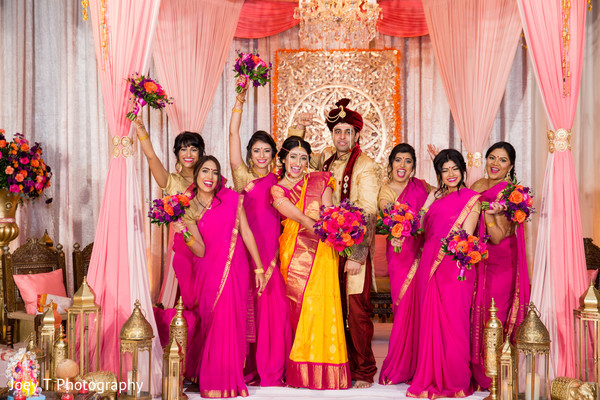 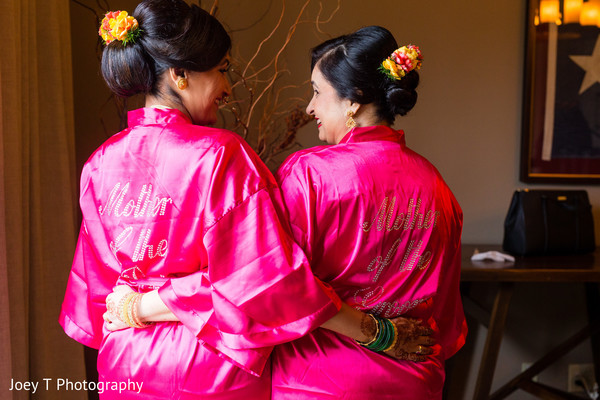 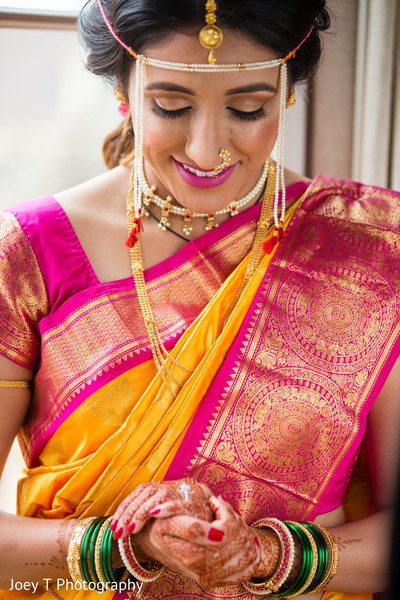 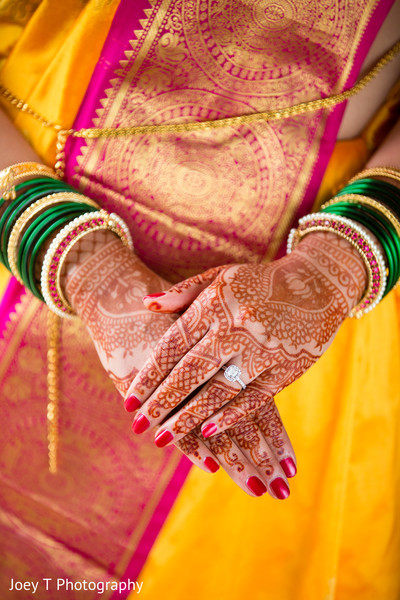 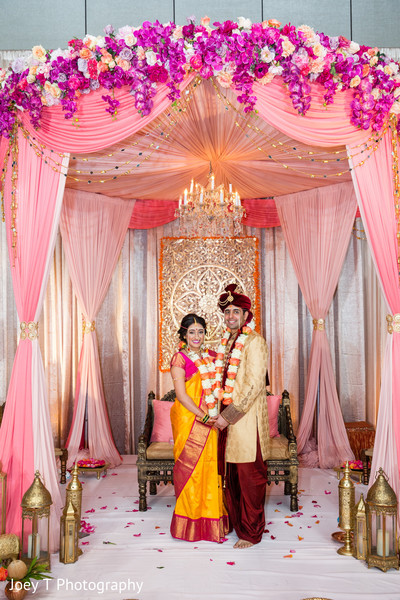 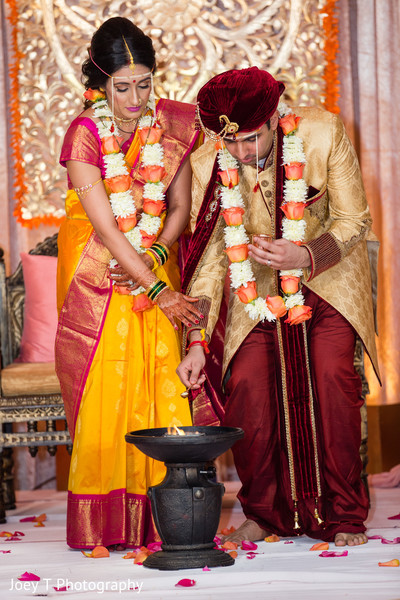 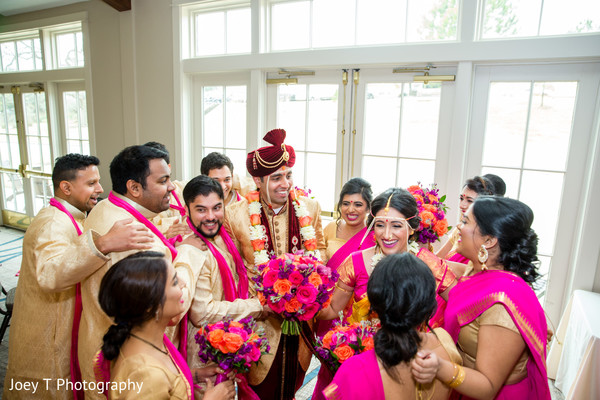 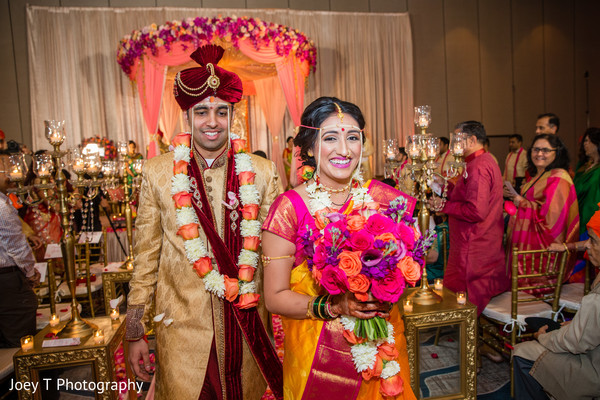 I met my husband Rohan when we were both 19 years old at the University of Texas at Austin (hook 'em)! We happened to meet through a mutual friend and once we started to talk, found out that we were both Marathi. We spent some time together the summer of 2010 and by the time classes started, were officially dating. I knew Rohan was the one when he told his mom about me a few months into dating. Instead of feeling nervous at the possibility of meeting his parents, I felt excited for that next step in our relationship and what else was to come!

Just shy of our 5 year anniversary, Rohan and I took a July 4th trip to Destin, Florida. He was living in New Orleans at the time so we drove the 3-4 hours to Destin. It was a beautiful day and we had so much fun at the beach. Rohan had made reservations at a beach restaurant but when we reached, he went in alone and told me that our table wouldn't be ready for another 10 minutes and we should take a walk on the beach. Looking back, it's funny that he even decided to propose to me, because I was so cranky and hungry and wanted to talk to the hostess myself - poor Rohan had to make so many excuses so I would just take the hint and walk on the beach with him! Rohan had a photographer waiting when he got down on one knee and we have the most amazing memories and pictures from that moment. I was so stunned at the moment that Rohan still reminds me till today that the first words out of my mouth after he proposed were "Are you serious or joking...is this really happening?" Haha!

Both our families are Marathi so I knew that my bridal sari would be a traditional silk Marathi one (turmeric yellow with green glass bangles). I knew this was also very important to my mother so we definitely connected over shopping for my sari and choosing colors/patterns. I wanted a color that would pop with the turmeric yellow color as well as match my bridesmaids beautiful skin tones, so I chose fuchsia. It looked beautiful on every girl as well as against the yellow of my sari!

When Rohan and I had our first look, I did not expect us to get emotional. The anticipation of being apart that whole morning all leading up to the wedding ceremony was making me so nervous. As I walked up to Rohan from behind, I started tearing up from relief that I could finally see him - he is the one who keeps me calm, cool and collected in all aspects of my life. Rohan also mentioned he was getting emotional seeing me decked up as a traditional bride. I think it's one of those memories that I did not anticipate, but smile when I think about every time.

For our sangeet, Rohan and I wanted pops of color wherever you looked! We wanted the traditional Sangeet décor with bright shades of fushia, orange, and pink. We also wanted there to be personalized touches so we had 2 specialty drinks made. A "Niki-rita" (strawberry margarita) and a "Hur-Ro-cane" (a classic rum drink famous in New Orleans as Rohan had lived there for the past 2 years). Since there was going to be indian food the following day for wedding and reception, we also wanted to showcase classic "Tex Mex" food for all our visiting friends and family. We had the Hyatt resort prepare classic Tex Mex dishes (chips/salsa/queso, shrimp fajitas, spinach enchiladas, plus deconstructed tres leches and churros with nutella sauce for dessert!) We had amazing performances from 10 of his mom's best friends, my childhood group from Round Rock, and his 20 (!) childhood friends...some who have never danced before! This event made us feel SO loved that people put in all the time to give us such great performances!

Sounds so fun! We'll see you in a couple hours to discuss Nikita & Rohan's reception!