Hello, Maharanis! We've got Hardeep and Clinton's spectacular Sikh fusion wedding today and we're starting with the ceremony, held at the San Jose Sikh Gurdwara. For this event, our blushing Indian bride wore a stunning red lengha from Frontier Phagwara and accessorized with perfectly matching gold, red and white jewelry. Her flawless hair and makeup were done by Myrium, while Ravie Kattaura did the bride's exquisitely detailed mehndi. After the ceremony, the newlyweds headed outside, where JSK Photography took dazzling photos of the happy couple, despite the fact that it was a gloomy day! Check out the full gallery to see the rest of the radiant wedding portraits! 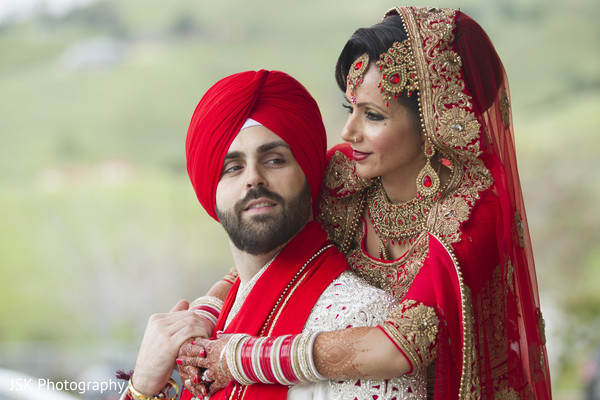 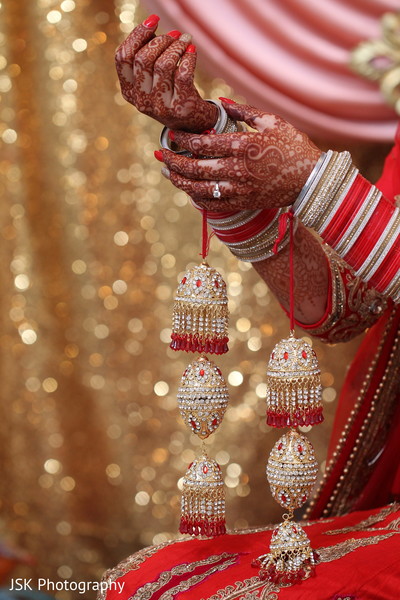 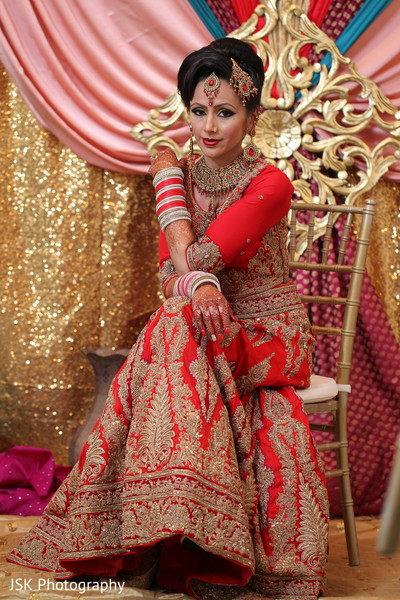 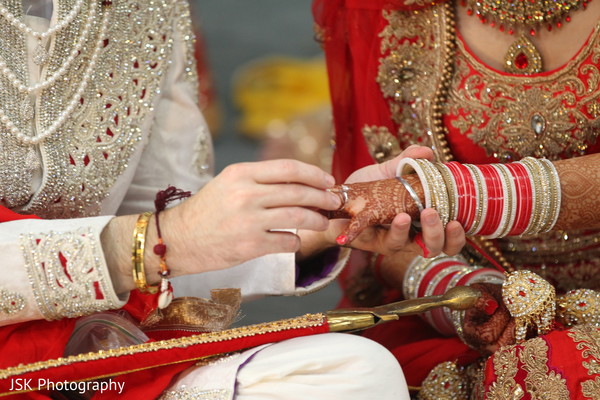 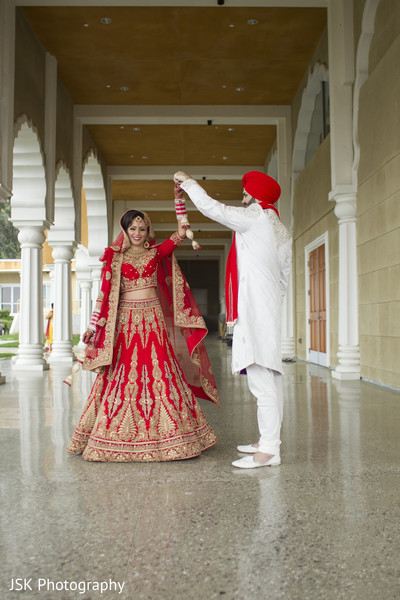 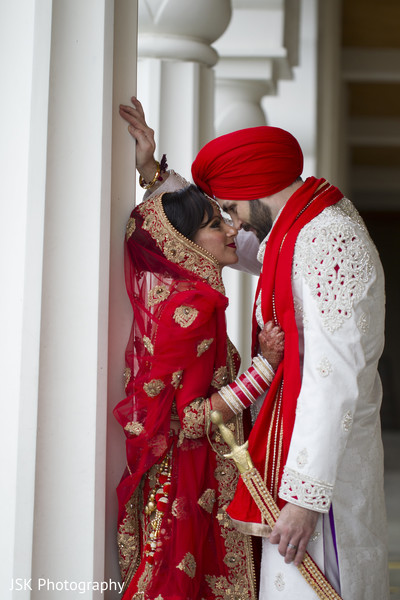 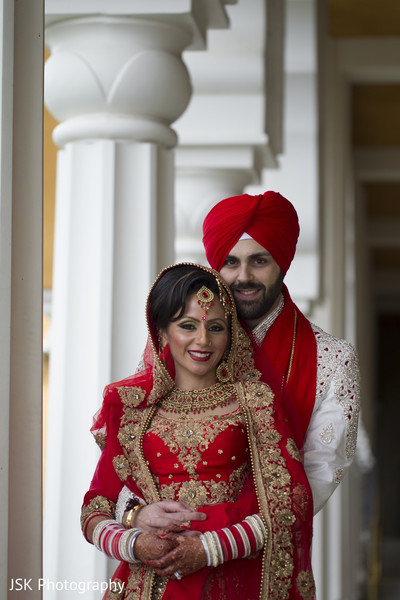 Maharani Hardeep on meeting her Raja:

"December 2011, Clinton walked into my life, but that's not when the love story began. We played hide and seek for a while. He never said hi because I never made eye contact. Slowly, we became friends, 'the flirty friends,' the kind that flirt with each other, but end the sentence with 'just kidding!' There came a phase when I tried to introduce him to other girls; however, God had other plans for us, better plans. Friendship started to bloom into love. May 2014, Clinton asked me out on a casual date, only I didn't think it was a date. I didn't think that two people going out to movies and drinks was called a 'date.' Take two? You bet! Clinton asked me out again and this time he told me that it's a DATE! It's been a non-stop ride after that. The Frownie Brownie and the Papi Gora are made for each other."

On her two romantic proposal stories:

"Official Proposal March 2015: He waited until he met my parents to propose. He had this romantic way of doing the proposal, but I kind of made things hard for him. [We were] laying down in a hammock, looking over the bay in our backyard (his house is on a hill). He chose that place because it’s where we spent our summers getting to know each other and there’s no place like home. He managed to get up from the hammock and get the ring from his room, but I decided to get up as well and to get some water. So without me seeing, he hid the ring in his pocket and laid back down in the hammock. When I came back outside, I laid on top of him instead of next to him, making it hard for him to get the ring from his pocket and surprise me. After me not moving for at least 30 minutes, he said, 'You make this so difficult, but will you marry me?' I looked around for the ring, he said, 'You are sitting on it, if you move, I can propose.' He got on one knee and asked the question again. That was the official proposal.

"January 2015: The unofficial proposal. We were out on the deck (his backyard), looking over the sunset. I had teary eyes because I was leaving for India for three weeks. I knew I was going to miss him and three weeks without him would be hard. I was going with my whole family just to visit. He hugged me tightly while we both looked at the sunset. He said he loves me and three weeks will fly by. At that point, he paused and looked me in the eye and said, 'Baby, do the wedding shopping, I don’t want you going back to India without me again.' I looked at him with a surprise but smiling with my eyes at this point. He simply said, 'I love you and you will marry me.' He wrote a note, folded it up in my locket (chain with a little locket that can hold stuff). I was to open this on my birthday in India. Yes, I did wait a whole week to read what it said. It said, 'I LOVE YOU AND I AM GOING TO MARRY YOU!'"

On her wedding style:

"My husband is white and the fact he said pick one type of ceremony made me happy. God is one, doesn't matter who you stand in front of to form a union. You only need to do it one time. I picked a Sikh wedding. I wanted San Jose Gurdwara and a smaller wedding. The actual wedding had perhaps 150 people and reception 300. My favorite color is yellow and his is purple. We had Gurdwara change the colors to match ours too. Sangeet, we went with orange. Haldi and mehndi, we went with red, and reception was purplish pink for lights and irony/white for decor. I love colorful events and I wanted to make sure our wedding had all the colors. It sure did."

Up next we have the reception, decorated by R&R Event Rentals, so don't miss it!