We are back with the grand finale of Chandni and Jay's nuptials, Maharanis! Their glam bash was held at the Sheraton Park Hotel at The Anaheim Resort. The already amazing venue space comes alive with a simple yet sophisticated decor by Kumba Events that included lots of blush pink and white floral centerpieces on the tables and a unique sweetheart stage that displayed a wide screen that played the couple's best moments filmed by Russell John Films! As for the entertainment, the highly talented 3D Sounds played the perfect high energy songs to keep every guest on the dancefloor while Razan (A Toi Events) created the dazzling cake! Taj of India feasted the guests with their delicious cuisine, meanwhile, Peter Nguyen Photography snapped the most spectacular pictures of all the details and our Indian bride. Wearing a turquoise floral lehenga with an exquisite peach dupatta tied by Bridal By Nisha and flaunting a side-swept curly hair by Dolled up by Lulu, our Maharani Chandni couldn't have looked more beautiful! To see everything, visit the full gallery 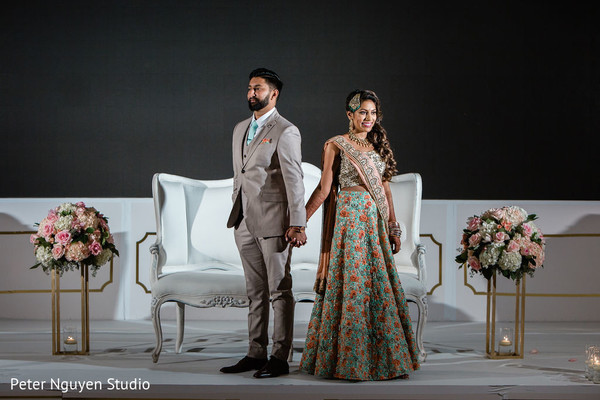 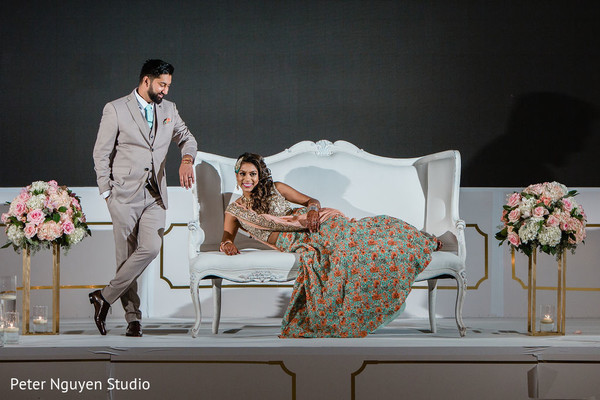 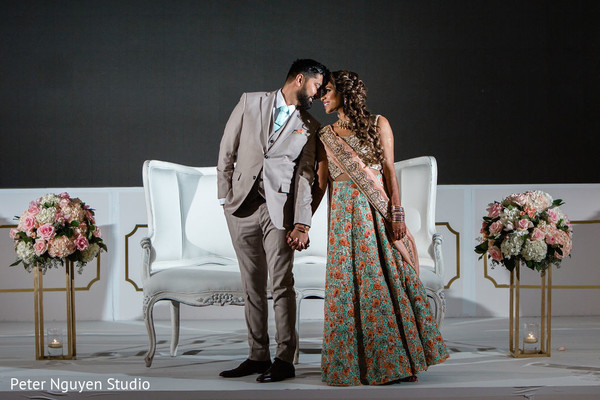 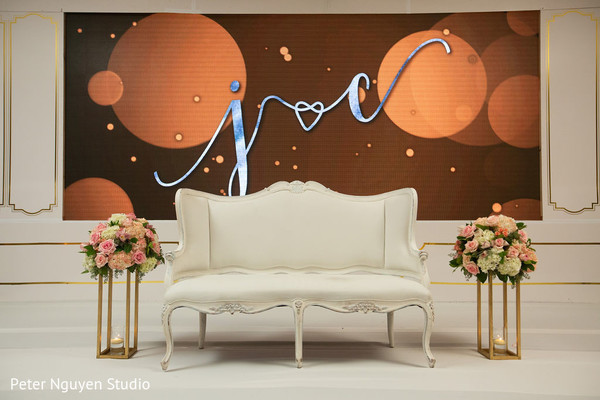 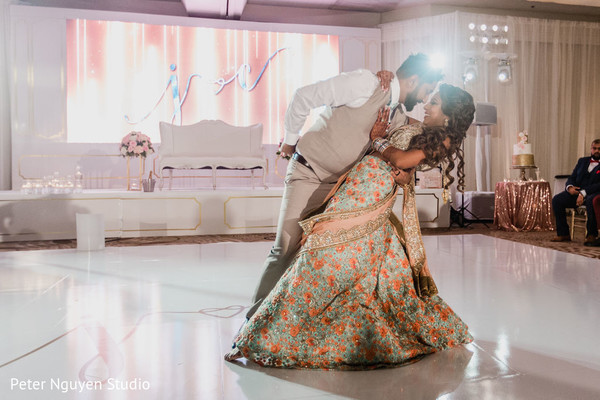 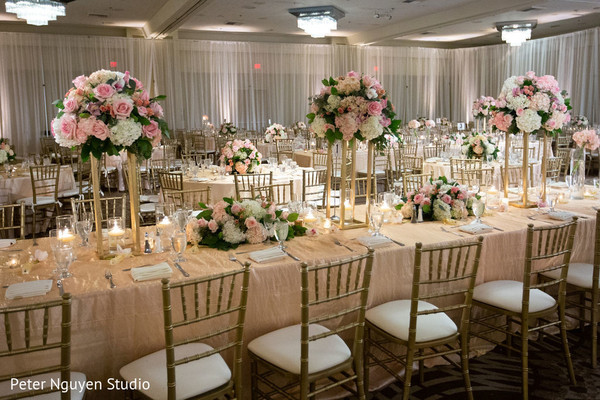 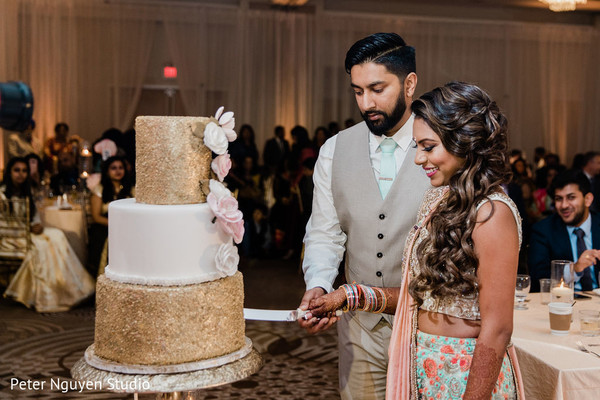 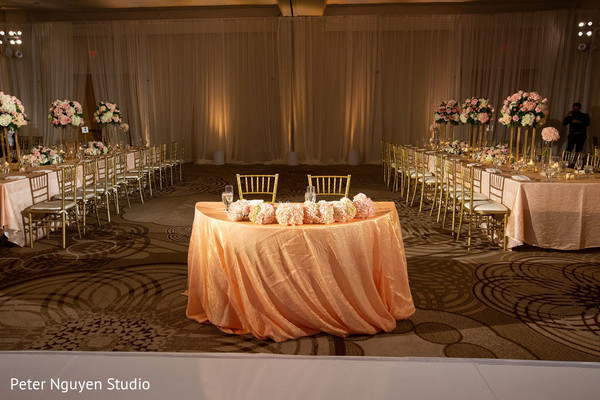 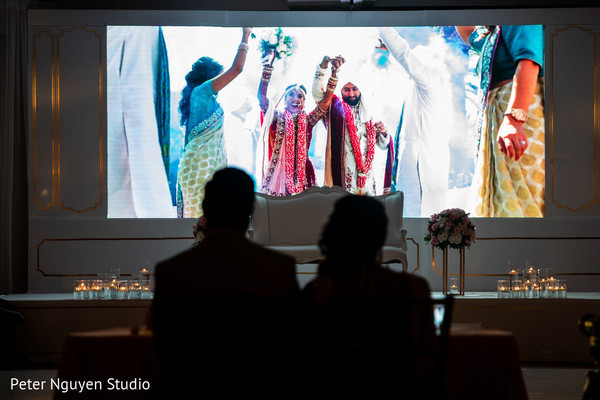 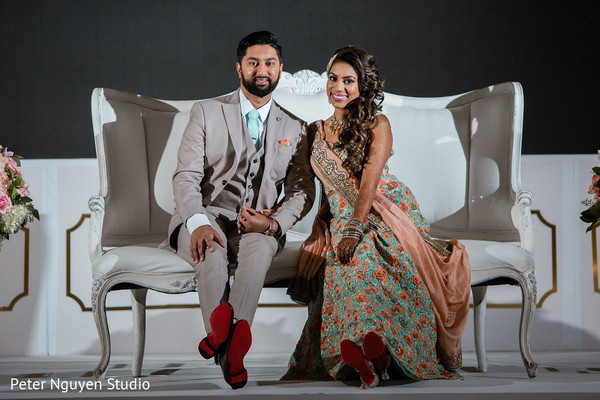