Hey there, my dears! We are back with the precious ceremony images of Christina and Randy by Castaldo Studios! For such a special occasion the beautiful invites from Indian Wedding Card were sent to the couple's dearest ones to have the honor of their presence at their marriage on the exclusive DoubleTree by Hilton Orlando at SeaWorld. Designer Weddings By Carly Rose planned and prepared an astonishing traditional union that was a mirage of perfection thanks to the one and only talented decor staff of Occasions by Shangri-la. A wood golden carved mandap against a majestic drapery was the wedding scenario while a warmly floral decorated aisle completed the grandeur of the ceremony. A heavenly elegance wrapped both newlyweds and guests thanks to soft lights of FyerFly Productions while they took part in the traditional Indian wedding rites and customs which you can admire by perusing in our complete gallery! 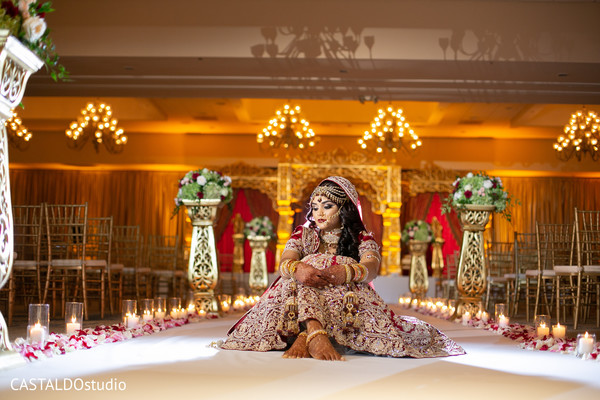 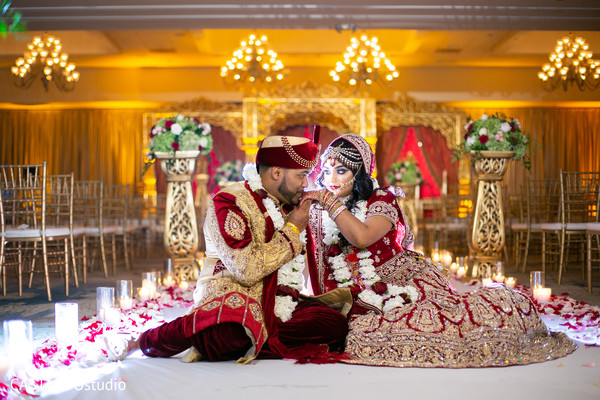 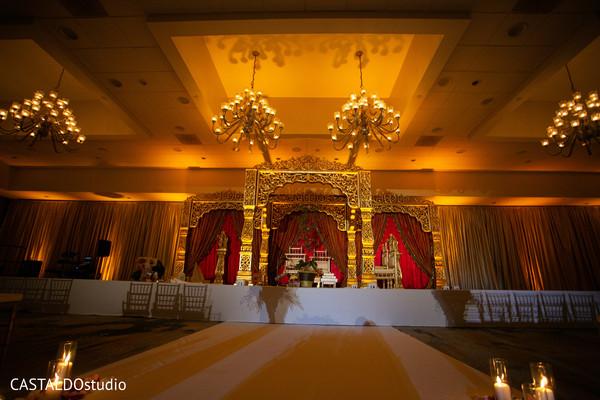 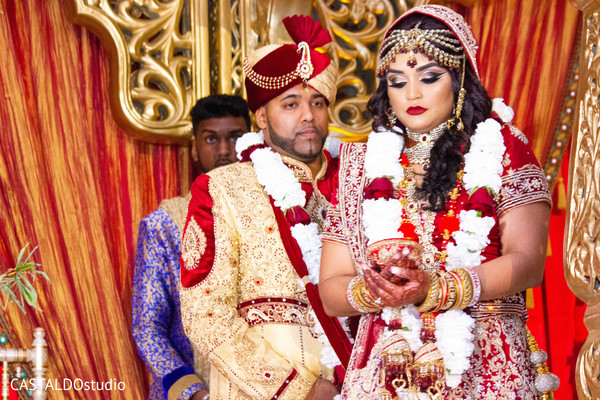 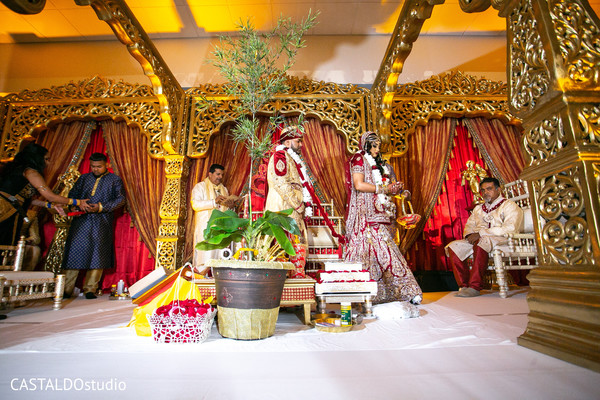 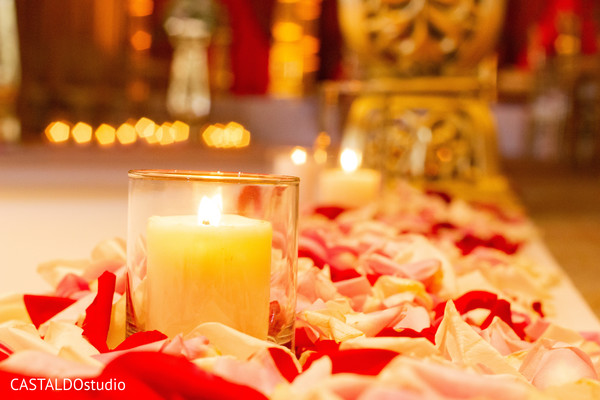 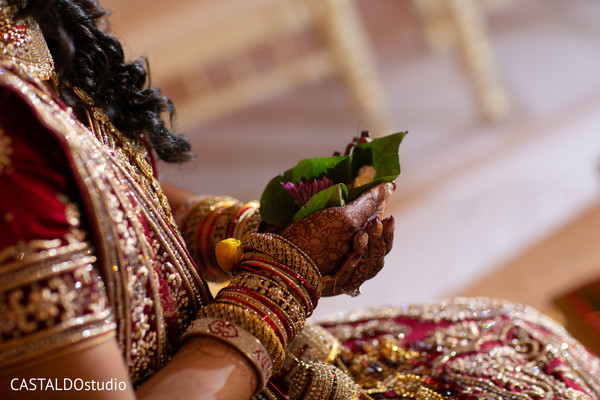 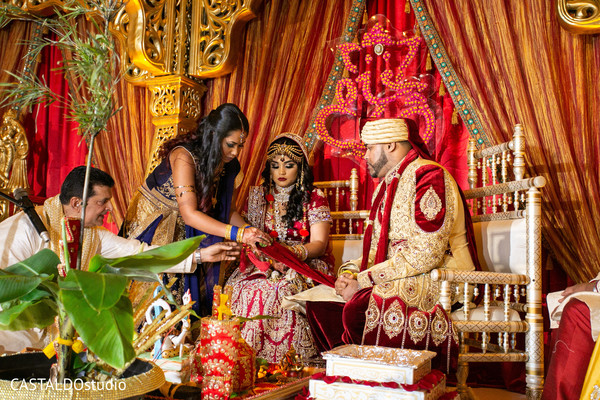 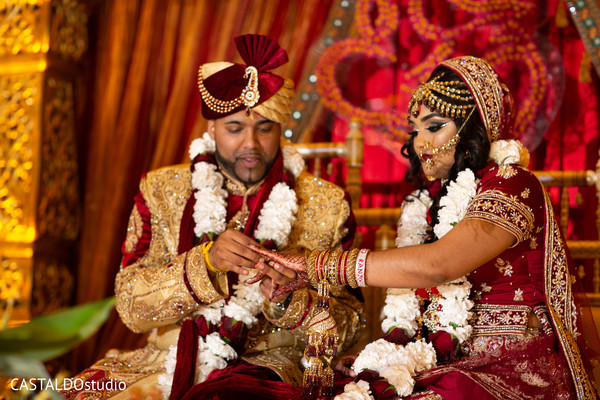 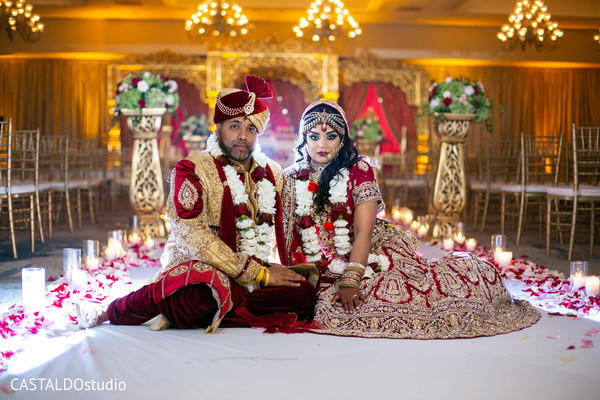 A wardrobe change and precious moments of the lively reception are next.