The Indian Wedding Baraat - What Does it Involve?

There are few things that stand out in the average Western mind when contemplating an Indian wedding than the traditional Baraat ceremony. This extravagant event brings the groom to the final ceremony in style - usually a large horse or elephant. Here are some things you should know before witnessing your first Baraat ceremony. 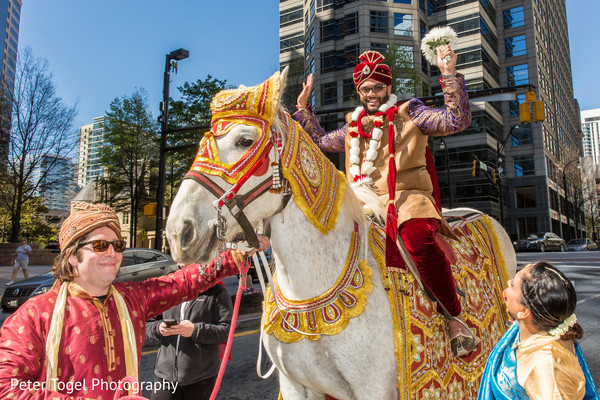 The Baraat is a common South Asian ceremony, utilized by a multitude of faiths in order to make certain that the community knew that a wedding was happening at that very moment. A wide variety of vehicles and animals are used, from old cars to elephants. The important thing is that the groom and his family must make a splashy arrival to wherever the bride and her family are waiting.

Upon arrival, the bride’s family applies a special dye to his forehead and perform a ceremony, known as Aarti, in order to ward off the “evil eye.” The final step is where he completed the Milni ceremony with the bride’s male relatives.

This ceremony is the final step in ensuring that the bride’s family accepts the wedding and proposed marriage. Both sides of her family have roles to play, during which they individually give their blessing on the union.

It is also where the equivalent of a dowry is presented, often a small token in the form of money. This part has been phased out of many modern wedding ceremonies, replaced by a general event where members of both sides of the family give gifts to each other.

The ceremony has grown with modern society, taking into account changing tastes and the fact that it is nearly impossible to take over a decent chunk of the city for an impromptu parade.

Now this ceremony is carefully planned, with details checked by local authorities well in advance. Instead of having a band, music is provided by a DJ and dhol players while vehicles often replace animals.

Vehicles Instead of Animals

This change is especially common in jurisdictions that have very strict animal use laws. Many people find it easier to simply rent an antique car and decorate it in lieu of obtaining all the permits and hiring a cleaning crew for the inevitable accidents.  Having an Elephant or Horse, though, still does occur and really adds to the ceremony!

Many Baraat ceremonies, especially those that occur in the United States and other western states, typically include local points of interest during the procession. For instance, driving alongside the beach or near a famous park/waterfall. Since vehicles do not tire, and can go faster, it opens up the ceremony to include things never before considered possible.

A Baraat ceremony started off as a serious event that ensured the legitimacy of the marriage in the eyes of the community. It has evolved to become one of the most fun-filled events for the groom, giving him and his family the opportunity to show their excitement and joy over the rapidly approaching wedding ceremony.

For participants, it is important to have a good idea as to how long it will take, the stops along the way, and how loud it will be. Make certain you wear comfortable clothing suitable for the event and bring hearing protection in case the music is too loud! 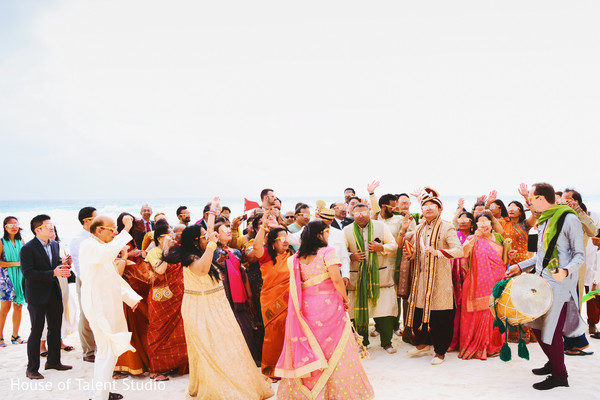 For the average Westerner, the Baraat ceremony is what pops into mind when they think of Indian culture. This hallmark ceremony, integral for many couples on their wedding day, has adapted with the times to become something that can be highly customized for each special day. Check with the newlyweds to learn more about how they will add their own spin to this special ceremony.