India is home to over a billion people from all walks of life. As such, there is a profound difference in the cultures of the differing states and regions. However, when it comes to weddings there are many common ties that help set the quintessential “Indian” wedding apart from what is seen in the western world. Here are 9 common Indian wedding traditions commonly found in marriage ceremonies both in India and worldwide.

It is a common practice for couples to consult astrological charts to determine the “right” day to get married. This is done to help make certain that they have the greatest possible luck and good fortune starting out.

Temporary and exquisite, henna tattoos have come to symbolize the beauty of Hindu culture in a way unsurpassed worldwide. Henna tattoos are traditionally applied during a special women-only Mehndi party in the days leading up to the wedding. It is believed that the darker the tattoo, the stronger the resulting marriage. 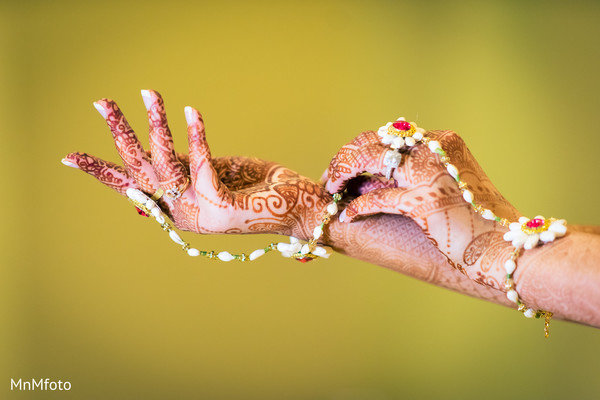 Weddings are often held outdoors, in order to maximize the connection between the couple and nature. It takes place under a special canopy known as a Mandap. Each of the four corners represents one of the parents, a physical reminder that the two families are joining. 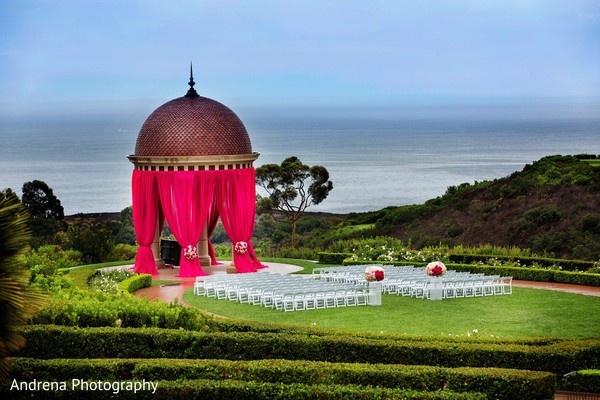 This is the first of several ceremonies that take place during the time leading up to the actual marriage ceremony. The families gather and watch as the betrothed couple exchange flower garlands, prayers, and rings. Another interesting aspect of this ceremony is the fact that the groom’s parents typically give the bride a variety of sweet gifts, including rock sugar (misri.) This is supposed to help make certain that there is sweetness in the future.

Held on the morning of the wedding ceremony or the day before, this tradition involves both sides of the family spreading a mixture of turmeric, oil, and water over the couple’s skin and clothing. It is believed that this will help bless the couple while simultaneously “calming” the skin before the wedding.

Tying of the Pendants

Pendants are used instead of rings in many traditional Indian weddings. Made up of two gold pendants, it is tied around the bride’s neck to symbolize their bonding. It is considered a way for the bride to show the world that she is married.

Who says all ceremonies have to be serious? This came is played by the couple to determine who will “rule the household.” The newlyweds search through a tray of milk and sindoor to find a ring. Whoever finds the ring four out of the seven times wins.

Many things occur during this ceremony, though the most notable aspect is the exchanging of gifts. The gifts are meant to symbolize both families’ acceptance of the match and their wishes for a long and happy marriage. It happens well in advance of the actual wedding ceremony and is often the time where the wedding date is announced. 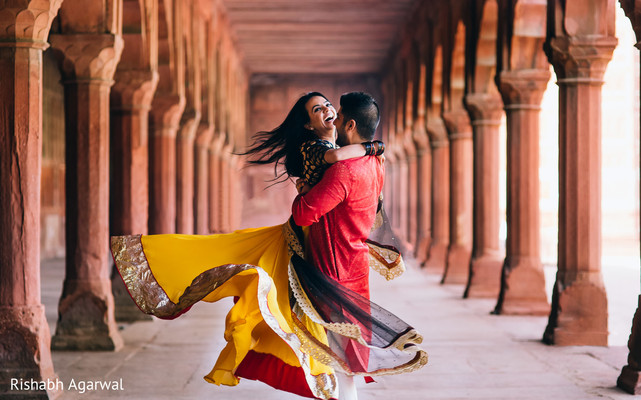 This ceremony is meant to show the bride’s transition from her parent’s family to her husband’s. It starts with the bride’s parents give her an emotional send off and ends with her new mother-in-law welcoming her to their family home. This ceremony is highly emotional by design, meaning to cement the positive aspects of the marriage and reinforce the idea that the couple is now married.

Modern Indian marriages are often a mixture of the old and new. The following symbolize some of the most notable traditions, though they are just a drop in the bucket.

Discover for yourself how you can incorporate the best Indian marriage traditions in your wedding plans today.