There are some weddings that make our jaws drop instantly. From the couture bridal fashions, sensational wedding decor, and gorg couple, Avie & Deepak’s wedding was one dazzling, fairytale weekend. We love pre-ceremony shots, and Lin & Jirsa captured some Vogue worthy shots on the grounds of the Hotel Irvine. The stone columns and lush greenery were the perfect contrast to Avie’s glamour goddess choice of a gold and cranberry lehenga and bombshell hair and makeup by Dolled up by Lulu. Also taking center stage in all of these incredible images was adorable Cosmo, Avie’s precious puppy. We love Cosmo hanging out in these high octane, luxurious photos. We also adored witnessing Avie & Deepak’s first look. This playful duo are a match made in heaven! These two may not have gotten off on the best foot (scroll below to read about how they met.) but soon they were having deep, late night phone calls until the wee hours of the morning. For a celebration of this magnitude, it is imperative to hire the right wedding planner and in this case, BEL Events pulled together every sensational detail. With 3D Sounds in charge of lighting duties and Three Petals handling design of the multiple events, you won’t want to miss a beat of the festivities that we have coming right up. While you wait, head into our full gallery and immerse yourself in all the beauty. 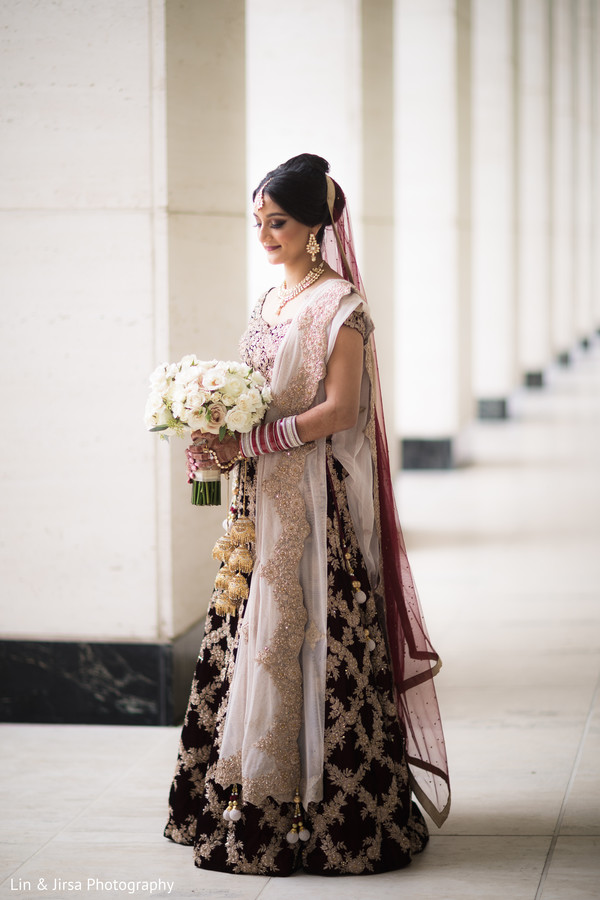 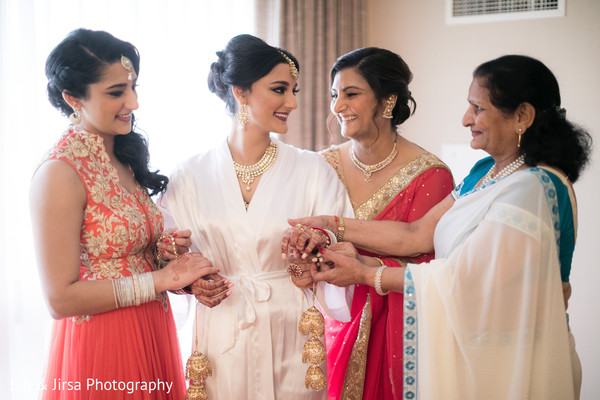 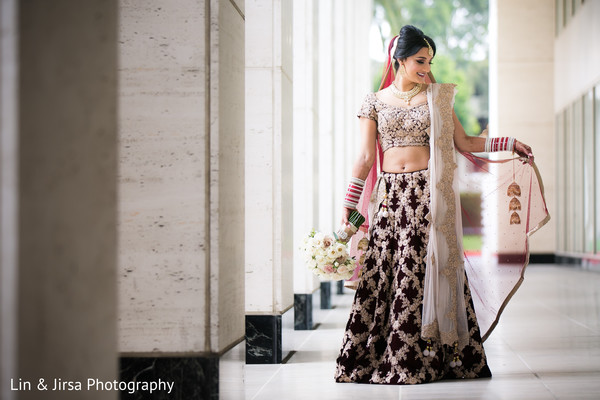 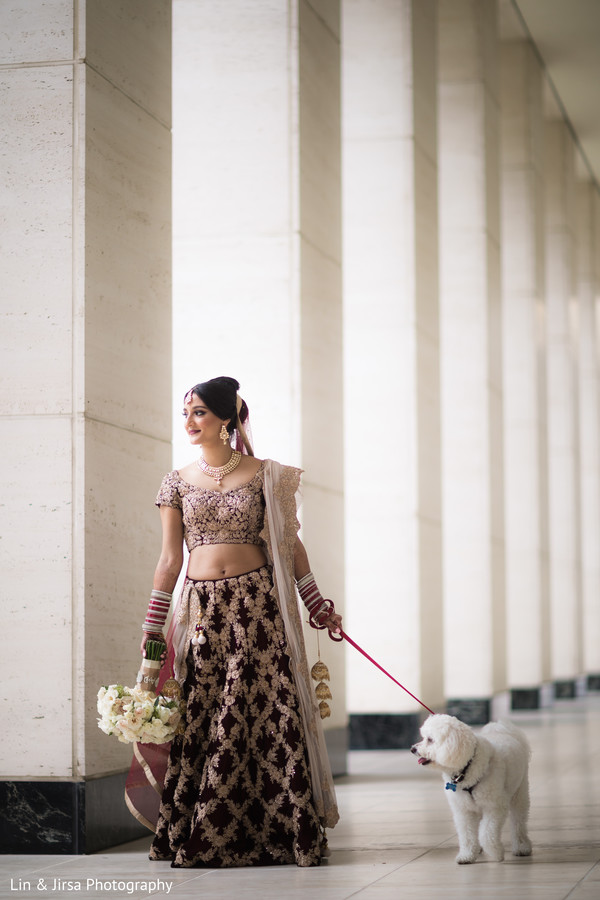 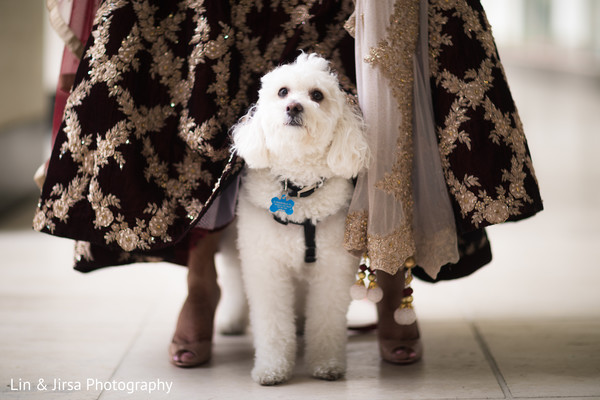 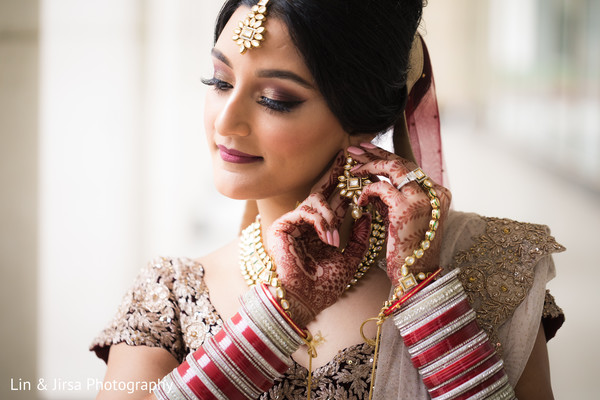 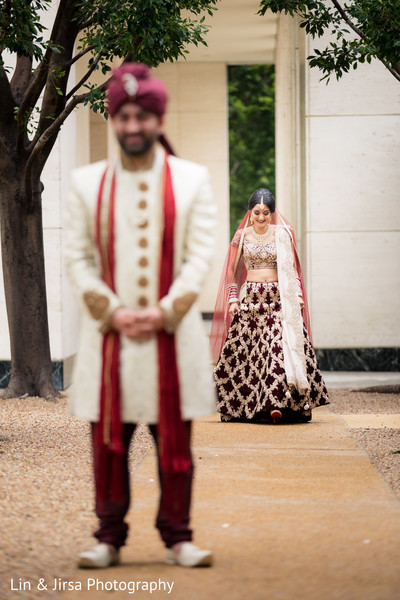 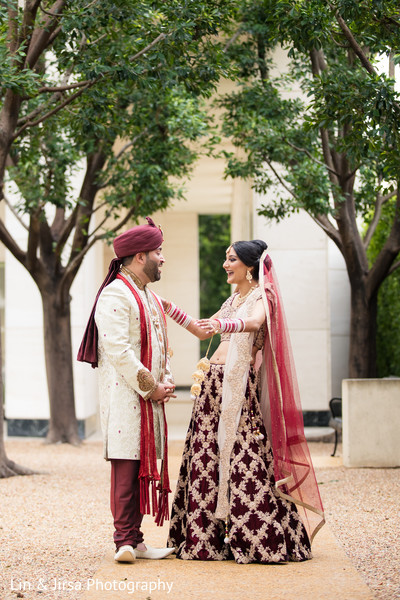 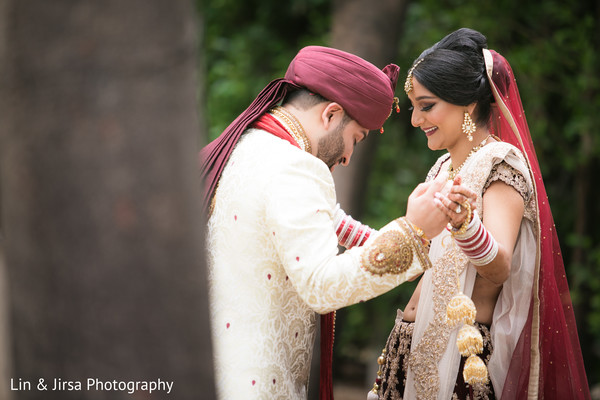 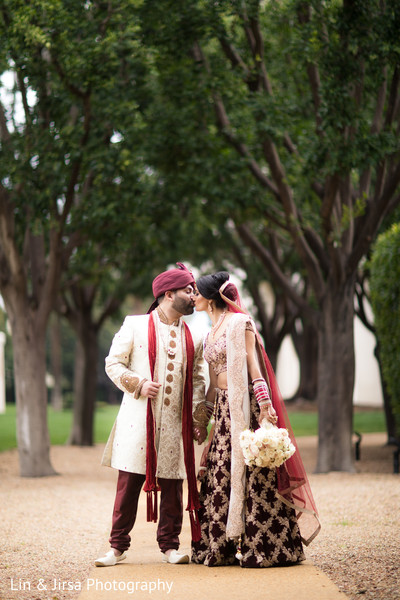 Avie's Version of Their Love Story:

It was love at first sight... Well, not really. It was actually the opposite. I was introduced to Deepak by a mutual friend while he was DJing a friend's wedding in 2009. I had high expectations of him as a DJ because all I remember hearing back in high school was that Deepak is an amazing DJ. However, I wasn't a fan of the music he was playing during lunch so I asked him to play something better and instead of taking my request he totally blew me off!

Fast forward to a few months later at a mutual friend's engagement party where Deepak and I discovered that we had a lot in common while drinking many Midori sours throughout the night. After the engagement party, we connected via Facebook (of course) and Deepak thought he was so cool because he had thousand of friends on Facebook.

Deepak and I got closer over the next year and he officially asked me to be his girlfriend on Valentine's Day in 2011 in a Starbucks parking lot by UCI. Ever since then, Deepak and I have been inseparable and before I knew it, I was engaged to my best friend in 2015.

We have had a wonderful six year together and I can't wait to begin the next chapter of our lives!

Deepak's Version of Their Love Story:

So here's how it really goes..

Avie and I first met at a mutual friend's birthday dinner at BJ's and coincidentally were seated right across from each other. Being the nice guy that I am, I tried to strike up conversation with her, but she seemed uninterested.

We did meet again at a wedding I was DJing and instead of saying hi to me she said something that you never say to a dj: "I don't like the music you're playing." So, now you all know why I blew her off!

Our next encounter with each other was different, however…

I didn't understand why she didn't like me (I mean everyone else did!) so I made it a point to get to know Avie. We met again at a friend's engagement party and after a few midori sours (her, not me) and a couple black and cokes we were off to the races. We talked all night and she even got me to dance a little bit.

Over the next few weeks we stayed up until the sun came up talking on the phone and I even saw her India collect call commercial on TV and showed it to my mom. which you all will see soon enough. We started dating and I immediately saw my life starting to change in so many positive ways.

Last year I had the pleasure and privilege of asking Avie to marry me and she said yes (But then again, why wouldn't she).

I am blessed and excited for what this year and the future has in store for us!

Cute! All the beauteous ceremony deets coming right up!