Just like the name of the city implies, this fusion Indian wedding was soft and sultry with hints of spicy piquancy! Naveda Couture designer Amy Devan became drunk in love after a chance encounter with her Maharaja Ben in a bar that sparked their love story. Interestingly enough, the couple had crossed paths at a wedding a few years prior to that fateful night! But, it didn’t take long for the pair to come to the same realization: They were meant to be. Even though Amy is a hard lady to surprise, Ben still managed to manifest a shocking proposal. Surrounded by their closest family and friends, he tucked away a precious wedding ring for his future to find in a box at the Escape the Room Philly; forever sealing the couple’s fate. Maharani Amy had a trifecta celebration that started with a colorful sangeet night at the Pinecrest Country Club captured on film by Nathaniel Dodson. Amy’s wedding day started off with the preparation of the bride. Jasmin Rahman created a stunning bride with glowing skin and bold, crimson lips that was an excellent complimenting look to the bride's red, lacy bridal lengha. Amy’s wedding attire was a nod to her own mother as this Maharani wanted to recreate the way her mother looked on her wedding day; classic and traditional. Planning a wedding itself is a daunting task, but, volunteering as tribute as a designer for every event (sangeet, mehndi, batna, both the Hindu and Christian ceremonies, and reception) is most certainly a victory here at Maharani Weddings! Amy owns her very own fashion line and designed all of her wedding attire alongside hand crafting her bridesmaid’s bridal wear from her fashion boutique, Naveda. Bridal jewelry from Samreen Vance was on point; the bold statement of the oversized gold choker did not miss a beat! The Hindu ceremony was held at The Merion with a floral mandap designed by Elegant Affairs that was breathtaking. We love when we get a wedding affair designed by this stellar floral and decor company; we have yet to see a mandap we don’t love! The theme of the night reflected a romantic setup on the veins of an enchanted secret garden. After the ceremony, guests dined on delectable cuisine from Moghul. Head into the gallery for a superabundance amount of images captured on camera by House of Talent Studios who also filmed the wedding and reception event. Want to know the deets yourself? Head down below for the full lowdown (in detail!) from the designer bride herself! 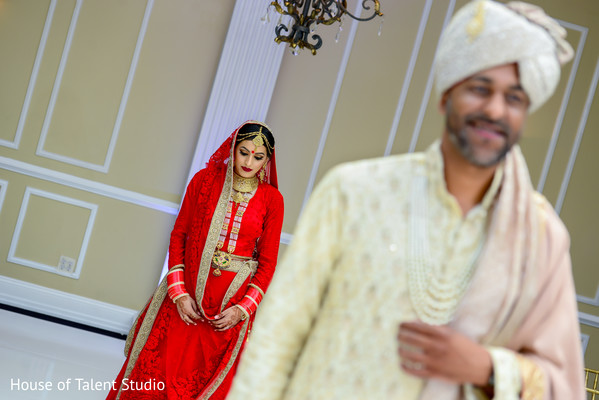 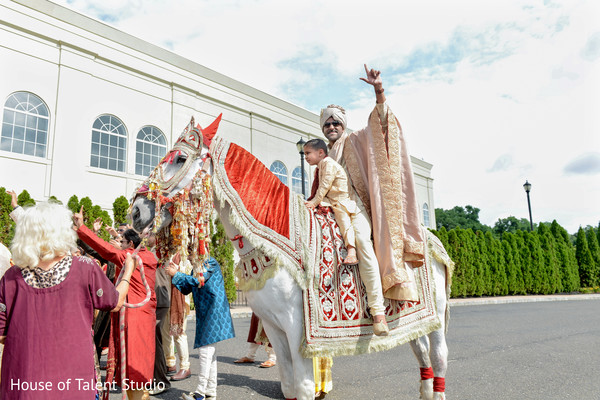 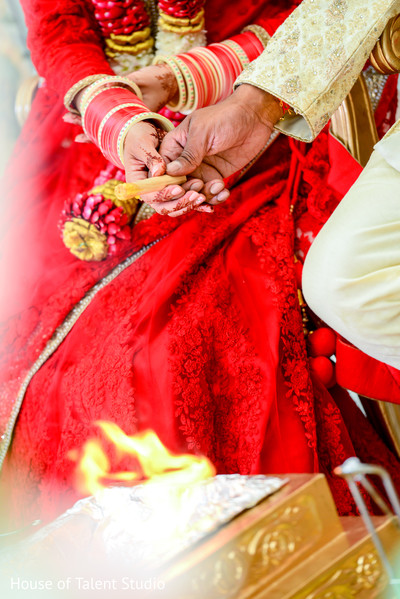 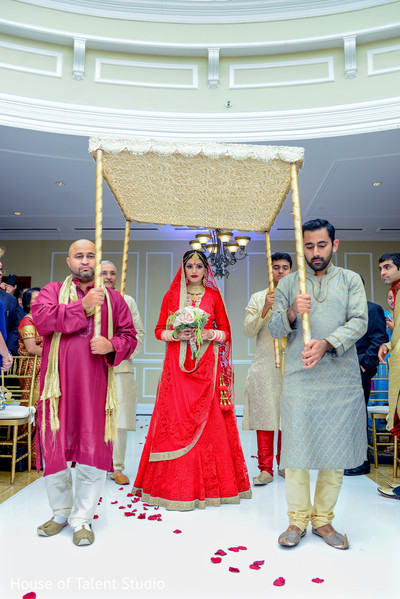 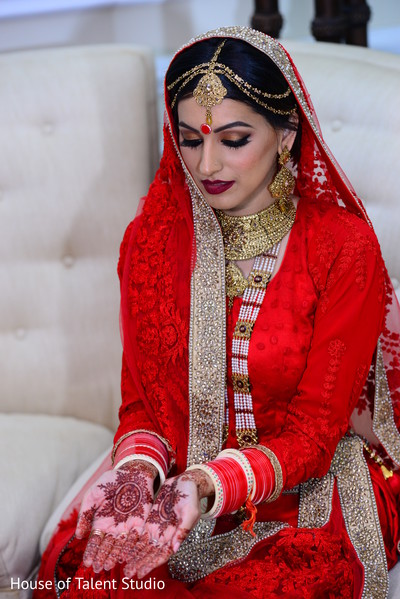 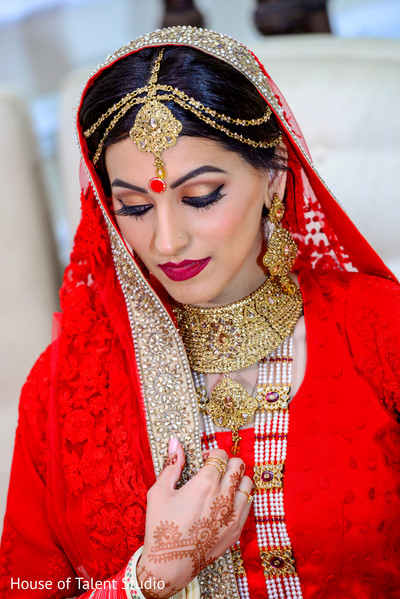 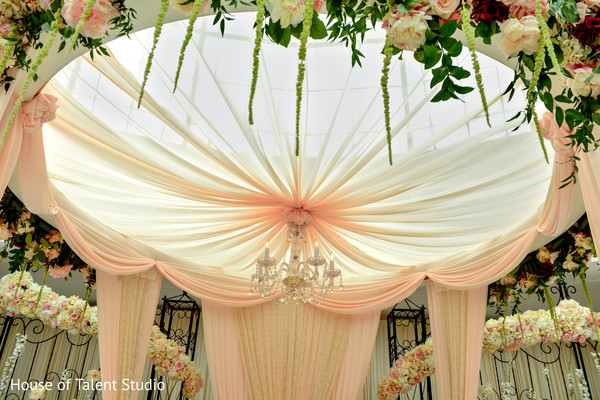 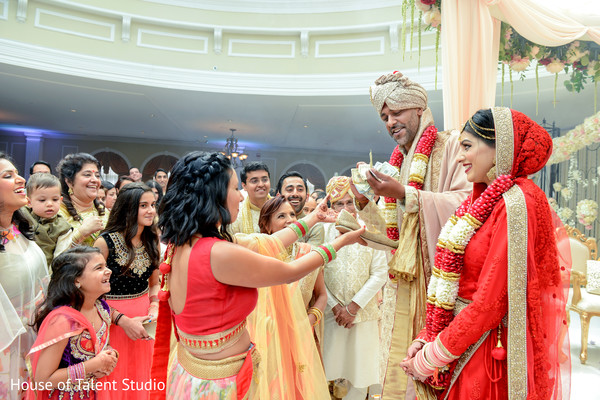 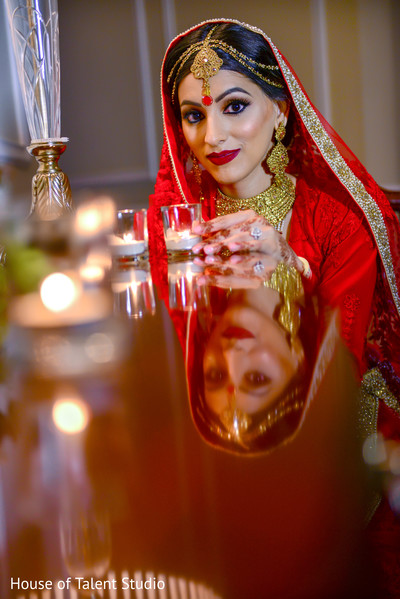 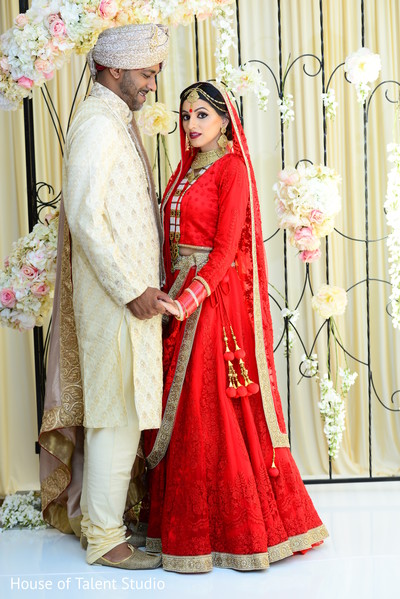 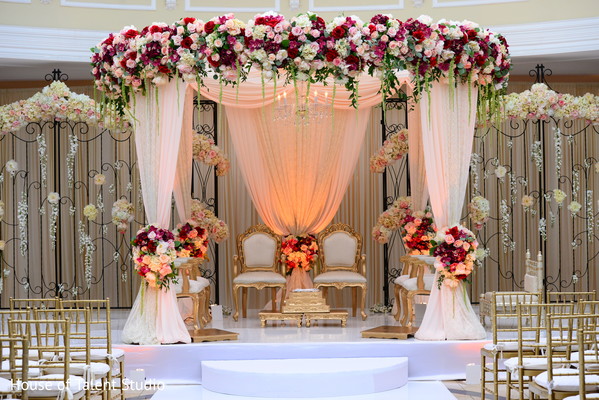 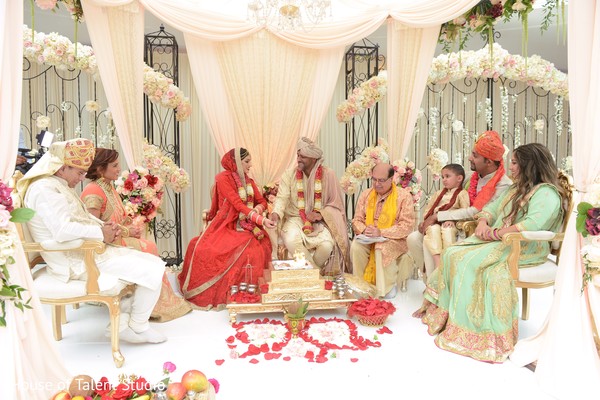 What did your guests particularly love about your Wedding?

I think the art and passion behind it all was so evident, that it couldn't be missed. Beyond that, and most important, was the real feeling of love throughout the wedding week....and I think (I hope) that's what our guests enjoyed most.

Though Ben and I are both Indian, our families come from two entirely different faiths, languages, traditions and culture. The wedding, and our union, was and is hopefully representative of how two seemingly very different people/families can in fact come together as one. We tried to reflect this meshing of two worlds as much as we could throughout the wedding. As an example, during the reception (just before Ben and my entrance into the reception hall), we had a pre-recorded letter from Ben and I played allowed for our family and guests. It was a letter addressed to everyone in the room, thanking them for their love and support throughout our union -- each paragraph was first read in my voice (in Hindi) and then in Ben's voice (in English). It was magical... and from what we heard later, left our guests in awe. We just wanted to show them how much we truly value each and every one of them.
Was there a really special moment in your wedding that constantly replays in your mind?
Yes, so many! The one that stands out is Ben singing me down the aisle at our Christian ceremony. It was surreal! He sang "God Bless the Broken Road" by Rascal Flats as my Dad and I walked down the aisle. In that moment, I realized how very lucky I am that life chose Ben and I for each other...it was just such a breathtaking moment. I didn't cry then because in all honestly I was worried about messing up my makeup (credit goes to my amazing MUA, Jasmin Rahman), but as I type this and every single time I think of this moment, I get choked up. I'll never forget that and how it made me feel as I walked down the aisle hearing Ben's voice singing to me, I felt like time stood still and it was just us. Cheesy as that may sound, it was by far the best part of the wedding for me.

We return for the Christian Ceremony with the bride exchanging her traditional Indian lengha for a one of a kind white dress designed by Naveda Couture. See you in a bit, dolls!