Attention Brides: Are you ready to spice up your wedding reception and have your guests dizzy with delight? Well, look no further because with Comedian Dan Nainan bringing the LOLs, you'll be the talk of the town! Though we all love the usual line-up of speeches, performances, and skits during the big night, why not mix things up and have your very own stand-up entertainer hit the stage? This world-class comic has quite the track record, with a performance for the one and only President Barack Obama under his belt and a successful tour with the infamous Russell Peters; Dan Nainan will surely have you and your loved ones in stitches as he cracks jokes and hilarity ensues. And don't fret, this humorist is all about good clean fun so everyone from your baby nephew to your sweet old Nani will be alive with laughter! He can also MC your event at no extra charge. This praised performer has a satisfaction guarantee and you can see for yourself with his impressive testimonials below!

MW: How did you get started in stand up comedy?

DN: I was a senior engineer with Intel. My job was to travel the world with Intel's senior executives and do technical demonstrations on stage. The technical part was easy, but the tough part was speaking on stage in front of thousands of people, and sometimes millions on television. I decided to take a comedy class to get over the fear of public speaking, and it really worked. My third performance was for 2500 people at an Intel convention. Afterwards, a number of people who didn't know me assumed I was a professional comedian who had been hired for the event. That's when I first thought that perhaps I could do this for a living.

MW: What is the most memorable place you have performed?

DN: I have a couple. I performed for 50,000 Indians in Times Square at a Diwali event last year. As far as places, I absolutely loved Istanbul, the most romantic city I have ever seen, where I performed at a South Asian wedding. It was held on the Bosporus River at the Ciragan Palace, which totally reminded me of Versailles. The father of the bride saw me perform in Singapore and asked me to perform at her wedding. Comedy has taken me to 21 countries – I like to think of myself as a paid tourist.

MW: Who is your favorite comedian?

DN: By far it has to be Russell Peters, of course. He helped me get my start. I also like Jerry Seinfeld, because he does clean comedy and doesn't get messed up on drugs or alcohol. I met Seinfeld early in my career and asked for his advice, and he suggested I do only clean comedy, and that has really helped my career immeasurably, including performing for the President of the United States.

MW: What is your favorite part of performing at weddings?

DN: I really love my job, because the objective is to make people laugh, smile and be happy and forget their worries for a while. Of course that's magnified a hundredfold at weddings, because it is the happiest day of the couple's lives and their families. One of my most treasured memories is performing at a wedding in Raleigh, North Carolina, and there was an infant, maybe a year old, laughing at all my jokes, and I was wondering how this was possible. I realized of course that she was laughing along with everyone else who was laughing. 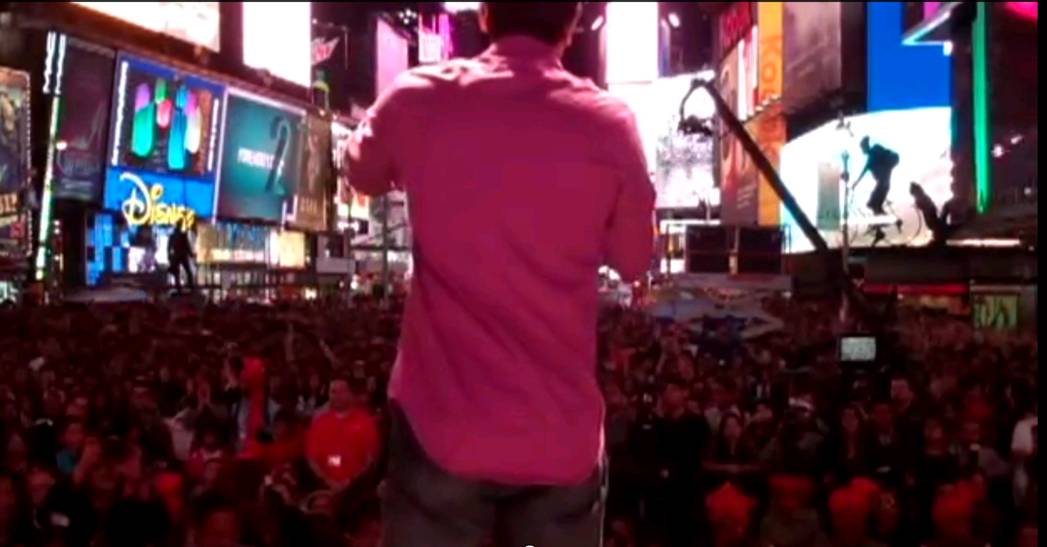 I hope you enjoyed this little giggle break! I'll be back Monday with all the best Indian wedding magic!