Put down your coffee cup because we are kicking off the day with a high energy Mehndi/Sangeet that will definitely get you moving! Nupur & Tanmai’s sunny San Diego wedding was photographed by Vijay Rakhra, of Wedding Documentary, and you are going to want relish this wedding bit by bit. 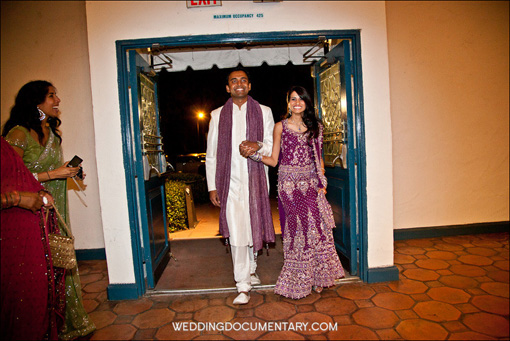 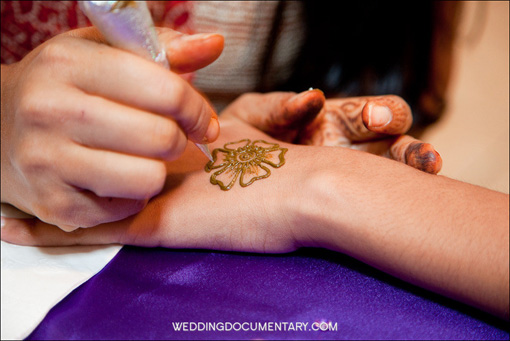 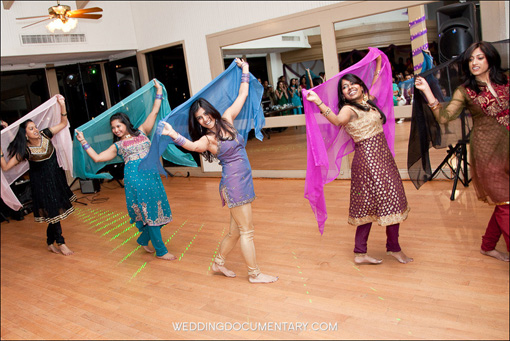 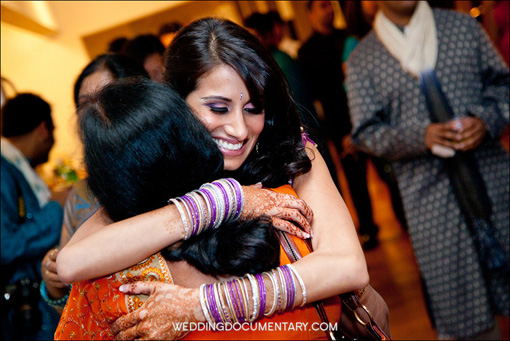 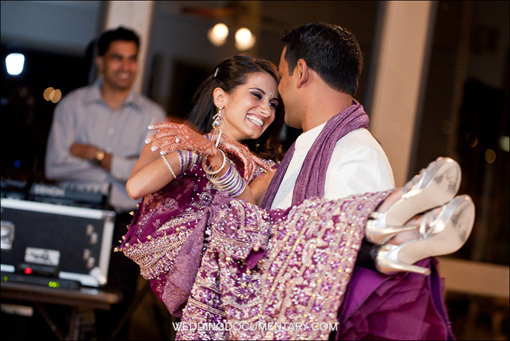 This proposal story is so cute, I couldn’t edit it….grab a tissue!

Sunday, September 6th, 2009 was just going to be any ordinary day for me...or so I had thought.

It fell on a long weekend and Tanmai and I were bumming that we hadn't made plans to visit each other.  In juggling work and trips back and forth to SoCal and NorCal for friends' weddings and other events, it hadn't even occurred to us that a long weekend was coming up.
Tanmai had told me he was going to a cultural show that weekend with his family and kept calling me throughout pretending his family was with him - even acting like he was talking to his cousin Shiva in the background at one point.

My twin sister, Shikha and I had spent the day before the proposal running some errands, going to the mall, and were ending the night watching "Confessions of a Shopaholic" while eating popsicles at my place.  Randomly Shikha was painting her nails a rosey pink...and convinced me to let her paint mine too since it was girly and we were watching a girly movie.  Smooth move baby Jet!!

Somesh & Nidhi had called us that very afternoon and told Shikha and I that they were spending the weekend in Carmel - and wanted us to join them for fun on Sunday.  They both took turns on the phone convincing me it would be a fun day of wine tasting, vineyard gazing, and ending with dinner with some of Somesh's work friends.

Since we had no plans and were running low on popsicles anyways...we figured why not...and decided to dress up and do some grown up fun!  So we drove to Carmel the next afternoon with  Shikha clutching her cell phone the whole time and paying extra attention to the road as I drove. Apparently Tanmai was making his way to Carmelat the exact same time - and Shikha was afraid that I may spot his car.

So we made our way to Nidhi and Somesh who were waiting in a parking lot for us.  Now that I think back - they were grinning a lot and seemed very giddy as we paid at the parking meter.

We made our way to a cute little restaurant - tasting some wine, eating some cheese and crackers, and waiting for what I thought would be dinner coming up soon.  But Nidhi, Somesh and Shikha would keep sending me away from the table through silly excuses so that they could get phone updates from the other half of our conspiring siblings, Varun & Marisa, who were taking their spots on the beach to help execute the rest of the plan.

Somesh told us we had about an hour until dinner since he had to meet someone for a work meeting before hand - so we might as well go exploring so we don't get bored.  Nidhi, Shikha and I went outside on the sidewalk and then threw out random ideas of either shopping in the boutiques, going to a tea house, or walking on the beach.  Nidhi finally said - "let's go to the beach and see if the water is warm and walk on the sand since the sun will set soon..."

And the next thing I know - a tall specimen of a man grabbed me from behind....said the most beautiful things anyone has ever said to me...and placed the most precious object I now own on my ring finger.  Through the laughter, through the tears, and through the sound of the ocean and claps from passerbyers - it was a moment I will never forget.

September 6th, 2009 was not just an ordinary day for me.  It was the day that sealed a beautiful fate God has in store for me...with my future husband and my forever best friend...with my Tanmai...

We are just getting warmed up...back in a bit!